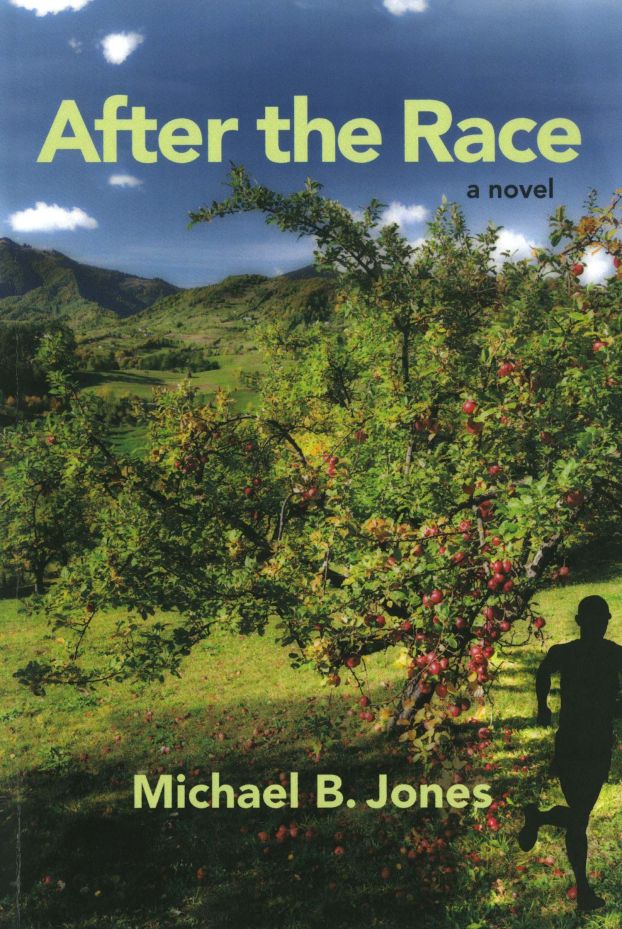 The race is finished; the hope is lost

“After the Race,” by Michael B. Jones. Lystra Books. 2014. 432 pp. $15.99.
“After the Race” is the story of one man’s self-destructive journey to hell. Along the way, he damages everyone he is close to, but the worst damage is to his own son.
The novel is gritty, apocalyptic and dark. Wayne Reed, ex-Army, turns into an alcoholic vampire who sucks the life out of everything he touches trying to get what he wants.
After service, he’s without direction or motivation and takes a job that leads to his near-electrocution and a crippling injury. But the crippling in his mind is far worse. And that’s what ultimately destroys him and his son.
Son Charles is incredibly gifted — unusually smart, precocious, full of attitude that doesn’t serve him well. He’s a remarkable runner — so remarkable that he wins a major race at age 10, the same year he makes an F on a school paper pointing out what horrors Christopher Columbus unleashed on native peoples.
Wayne is married to Emily, a woman with absolutely no self-esteem or respect. Emily does have the good sense to join the Navy, so she’s able to escape her dreadful family life for long stretches of time. Teetering on the edge of her own sanity, she thinks it’s better for her son to leave him with his alcoholic father than to take him with her. By the end of the novel, she has virtually disappeared from their lives.
Poor Charles really doesn’t have a chance. His father either completely neglects him or treats him like a naive recruit, bossing him around, dragging him out of bed and forcing him to perform hard, physical labor. He has no pride in his son and cares not one whit if he is in school, in trouble or invisible.
Wayne, you see, has always worked things so he gets exactly what he wants, no matter the cost. He doesn’t want Emily, and to prove it, he abuses her verbally and physically. Instead, he wants Cassandra, a woman from Brazil who came to America for an education. His nine-month affair with her is explained away by a convenient lie: Wayne has been called up for a secret mission.
It is again astounding that this woman, who is educated, puts up with his lies, his failures and his odd behavior. Wayne spends a lot of time figuring out how to sneak alcohol in and out of places. Then he spends more time figuring out what complicated lie he will tell to cover up the fact he was dead drunk and can’t remember what he said or did. If Wayne worked as hard at something legitimate as he does at his drinking, womanizing and spending, he’d really be somebody. Cassandra says when she met him she sensed he was different. It’s not until their second affair that she realizes the truth.
Author Michael B. Jones slams the reader again and again with Wayne’s incredible misbehavior. His drinking consumes him just like any alcoholic, so that it takes four 32-ounce beers and five shots of whiskey before he begins not to feel. What he does feel when sober, is anger, wild, often unfounded anger. He takes it out on his son once his wife leaves; he makes wild accusations; he pushes away anyone who shows interest in Charles or tries to help the pair.
He gets a windfall as the result of his accident and quickly fritters it away with apple pie in the sky schemes. He buys a Porsche, and you can guess what happens to it. He refuses to hire the orchard manager for this farm he’s bought from his shady brother, and his solution to demands in the mail, lack of a crop and other problems is to drink even more.
Meanwhile, Charles nearly dies while his father is shacked up with Cassandra. Only his coach saves him, but Charles, having the curse of two incompetent and deeply damaged parents, assumes the worst after recovery and gives up on everything, including himself.
Jones’ book has the kind of page-turning appeal that keeps the reader gripped, even though the story goes from bad to worse. Readers will wonder why Wayne doesn’t get caught in his lies sooner, why the women in his life are so weak and willing to take his abuse. Readers will see Charles begging for help in his every behavior and be stunned as a counselor or a coach try to help him and he crushes their efforts with disdain.
Poor doomed Charles, he will break your heart. Sadder still is to know there are kids just like him all around us — children dragged down by their grossly dysfunctional parents.
“After the Race” is a strong debut novel, painful throughout, cautionary and complete with a shocking ending.

You can meet Jones and talk about his book at Literary Bookpost & Just the Thing on Saturday, June 14, 1-3 p.m.

The Salisbury Swing Band will once again perform prior to the annual Pops at the Post concert on Saturday, June... read more