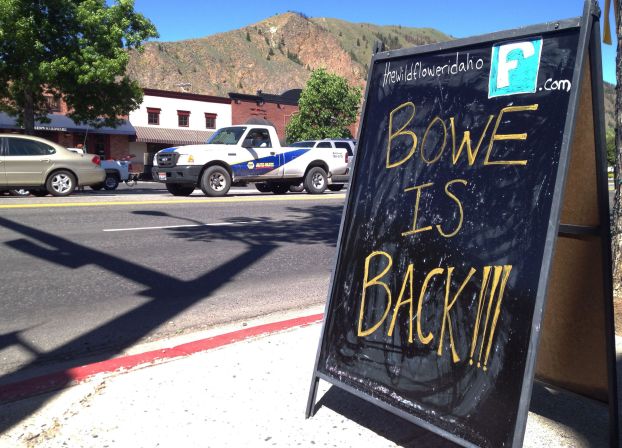 When you practice immigration law, your idea of what it means to be “American” is both fluid and sacred. The fluidity comes in seeing new applicants for that great gift of citizenship with their changing faces and histories. Color, creed and cadence are interesting variations on a theme of longing to belong, but they’re ultimately inconsequential in the grand scheme of things. Multicultural isn’t all that it’s cracked up to be, if you listen to my clients. It’s simply the politics of “feel good.”
On the other hand, the sacred nature of “being American” is constant and profound. And because it commands such awe from those blessed with it, there is a special obligation we Americans have to one another, a bond not of blood but of duty.
It is this bond of duty to which President Obama appealed in trying to explain why he would engage in a seemingly lopsided prisoner exchange for Bowe Bergdahl, the American soldier captured in Afghanistan and held for nearly five years. The commander in chief hoped to touch that chord in each American that vibrates to the sound of “leave no man behind.” It is much more than a military credo, although our soldiers are the ones most intimately aware of its significance. It is the social compact upon which our founders built and expanded this nation, the idea that we are only as strong as our weakest link.
Unfortunately for the president, and for us, this particular link is far weaker than we could have expected, and fulfilling our obligation to this particular American tests our resolve. Bowe Bergdahl is an American and is entitled to respect, in theory.
But, as a catalyst for releasing five vicious terrorists back into the world and compromising both our national safety and our promise not to negotiate with terrorists, he’s a relatively worthless poster boy for bringing the boys home.
I don’t know who to believe, exactly. The stories that have circulated this week are confusing, troubling and _ if true _ devastating for this administration. It’s hard to defend trading the lives of five Taliban monsters (and really, is there any other name for them?) to rescue a man who regularly got high, had some problems with American authority to the point of slandering the government he served and then possibly deserting. Add to this the fact that six of his brothers-in-arms allegedly died in several attempts to rescue him, and his father’s rather jaundiced view of the world (plus his interesting choice of facial hair), and it’s not exactly a “Saving Private Ryan” redux.
Yes, flawed Americans still deserve our best efforts under the principle that we respect civil and human rights, even when those humans are barely civil. But if Bergdahl put himself in harm’s way, it’s reasonable to ask why we should (1) put other soldiers in danger to rescue him from his idiocy, and (2) celebrate his release when it comes at the price of injecting evil back into the world. True, he did sign up for military service, which counts for something and should at the very least garner him some minimal respect and protect him from comments like “shoot his sad ass when he lands on the tarmac.”
But this is hardly John McCain, a man to whom he has been compared in what is one of the more repellent aspects of this troubling case. McCain was shot down during an expedition, and refused an early release when it was offered to him. He demanded that those who had been captured before, and who had spent longer seasons in the Hanoi Hilton, be given preference. The future-senator refused to be used as a bit of positive publicity for the Viet Cong, whereas Berghdal is most assuredly being used (whether with his cooperation or not) as a feel-good addendum to a messy, drawn-out war story. The problem is, you can’t make a deserter into Sgt. York, no matter how many yellow ribbons you tie on the old, creaking oak tree.
The other thing that really bothers me in this sadly sordid tale is the probability of political legerdemain. Perhaps I’m a middle-age pollyanna, but I struggle mightily to resist the thought that our presidents, no matter what party or philosophy, use our soldiers like campaign advertisements. Here, though, I can’t escape the suspicion that Barack Obama is trying to do through the back door what he couldn’t through the front: close Guantanamo. After all, the flight of five thugs could signal the beginning of an exodus. If the prison empties from attrition, it is effectively closed. That was something candidate Obama promised, and couldn’t deliver. And now, maybe he has.
So, an American is home, which is good. But so are five vicious killers. Not an equation I’d be celebrating.
Even those of us still clinging to our guns and religion can figure that one out.
Flowers is a lawyer and columnist for the Philadelphia Daily News.
Readers may send her email at cflowers1961@gmail.com.

Helping you tell your stories

They say you don’t know what you’ve got until it’s gone. Or maybe that’s just the title of a 1980s... read more