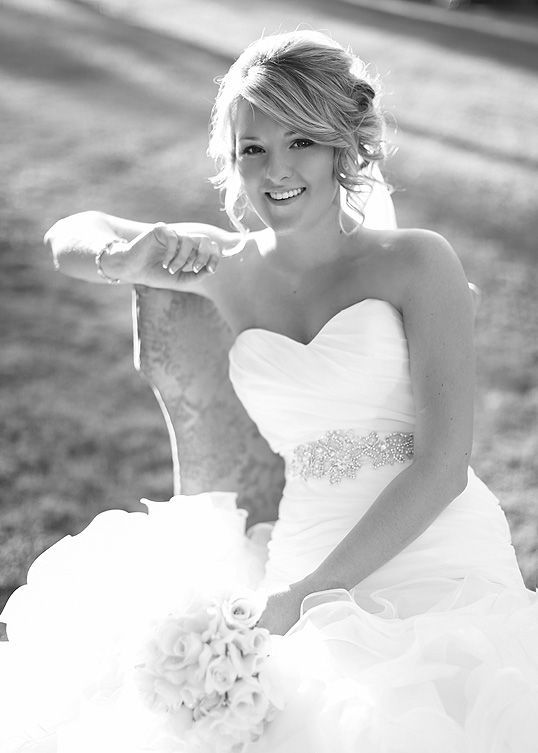 MOUNT PLEASANT — Jessica Renee Sanders and Jordan Tyler Burke were united in marriage Sunday, June 1, 2014, at Saratoga Springs. The Rev. Dr. R.J. Hammond officiated the 5 p.m. ceremony.
The bride was escorted by her brothers, Josh Sanders and Justin Sanders, and attended by Ashley Corn of China Grove as matron of honor. Bridesmaids included Alisha Sanders and Kendra McCall, sisters-in-law of the bride; Kyla Reece; Ali Brown; and Hannah Fields.
Robert Burke was his son’s best man. Serving as groomsmen were brother of the groom Ryan Burke; brothers of the bride Josh Sanders and Justin Sanders; cousin of the groom Bryan Burke; and Cody Absher.
Flower girls were McKenlyn James, niece of the bride, and Gracyn Fields. Ring bearers were nephews of the bride Elijah and Davin Sanders. Guest book attendant was Wendy Fontenot.
The bride is the daughter of Renee Sanders and the late Rev. Darren Sanders and the granddaughter of Evelyn Fields, all of Concord. A 2009 graduate of South Rowan High School, Jessica also studied at Rowan-Cabarrus Community College. She is an Orthodontic Assistant at Arkle and Harris Orthodontics.
The groom is the son of Robert and Dean Burke and the grandson of Charles E. Hudson and John and Doris Burke, all of Salisbury. A 2009 graduate of Jesse C. Carson High School, Jordan graduated from the University of North Carolina-Charlotte in 2014 with a degree in History and Political Science with a Minor in Islamic Studies. He is a member of the U.S. Army Reserves.
Following a Caribbean cruise, the couple will make their home in Salisbury.