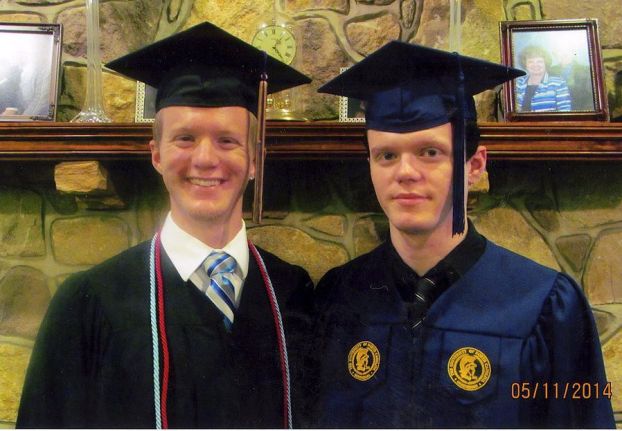 Jerry Allman Goodnight and James Bailey Goodnight, twin sons of Kris Allman and Steve Goodnight, recently graduated from North Carolina universities.
Jerry graduated from Western Carolina University on Dec. 14, 2013, with a Bachelor of Science in History with concentration in American History and a minor in Political Science. He was a dean’s list student, a four-year member of the marching band and a member of Phi Alpha Theta National History Honors Society.
James graduated from the University of North Carolina at Greensboro May 8, 2014, with a Bachelor of Arts in Sociology and a minor in Economics. He was a dean’s list student, a member of the National Society of Collegiate Scholars and recipient of the Family Services of the Piedmont internship.
Jerry and James’ grandparents are Jerry and Judye Allman and Bruce and Rosemarie Goodnight of Salisbury. Their great-grandmother is Rose Adams of Charlotte. They also have a younger brother, Johne Goodnight of Salisbury.

VATICAN CITY — Pope Francis has warned married couples against substituting cats and dogs for children — a move that... read more