Rowan wins ugly one against Randolph 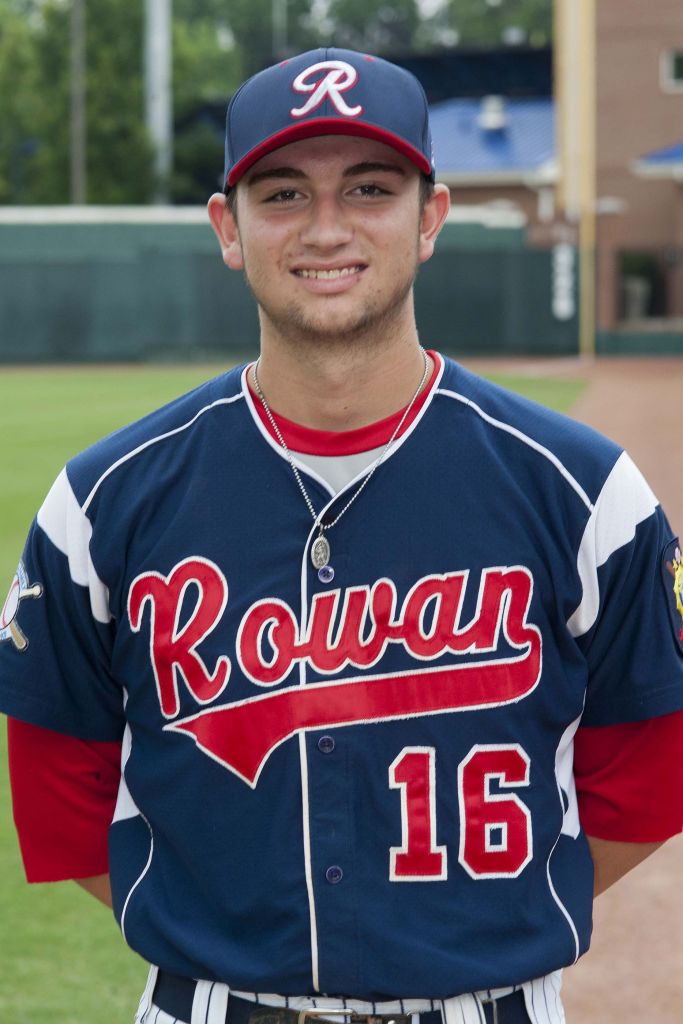 SALISBURY — As masterpieces go, this one looked more like fridge art.
Rowan County’s 13-7 non-league win against visiting Randolph Friday night was ugly everywhere except where it counted — on the scoreboard.
“That’s about it,” coach Jim Gantt said after Rowan (8-3) survived a skittish performance and won for the third time in four games. “It wasn’t a pretty, well-played game.”
Each team collected 13 hits and committed four errors. Rowan benefited from eight Randolph walks but stranded 13 baserunners, nine of them in scoring position.
“The good thing is we still took advantage of our opportunities,” first-baseman Chance Bowden said after delivering a pair of doubles and four RBIs. “When we got people on base we put the ball in the right spot. We all seem to be seeing the ball and driving it hard. That’s how you produce runs.”
Rowan starting pitcher Brandon White overcame a shaky start to earn the victory. He yielded three runs on four hits in the top of the first inning and exited with the score tied 5-5 in the middle of the fifth.
“I don’t think he was confident in what he was trying to do,” Gantt said. “He didn’t have a good feel for his pitches. Normally he locates, throws strikes and gets people to hit ground balls. He got batters to 0-and-2, 1-and-2 and gave up hits.”
Rowan cracked the game open in the last of the fifth, when it sent 12 batters to the plate and scored eight runs on seven hits against Randolph relievers Ryan Webb and Brady Wright. RC’s Michael Pinkston, Jeremy Simpson and Harrison Baucom each reached safely and with sacks full and one away, Bowden brought in all the groceries with one pivotal swing.
“It was a new pitcher that inning so I wanted to see what he had,” said Bowden, who jerked a double into the left-field corner. “(Webb) started me off with a curveball and then threw me another one. It was the second pitch. Gantt just told me to barrell up, relax and clear my mind. It worked.”
Gantt seemed most impressed with Baucom’s alert baserunning. “It’s hard to score from first on a hit to the left-field corner at Newman Park,” he said. “But that broke it open for us.”
Luke Setzer and Ryan Jones added run-scoring singles and when Pinkston’s lazy fly ball to right was dropped, Rowan had a seven-run lead. Simpson’s two-out ground-ball single made it 13-5.
“One bad inning,” Post 45 coach Ronnie Pugh said after Randolph fell to 5-12. “A lot of things didn’t go our way in the first five innings and we were still in the ballgame. It was tough luck, but sometimes you’ve got to make your own luck.”
Gantt paraded four relievers to the mound over the last four innings. Lefty Heath Mitchem, celebrating his 17th birthday, worked his way in and out of trouble in the sixth, then yielded two runs in the seventh.
“Mitchem’s been really good for one inning,” Gantt later explained. “When he goes out for a second he struggles.”
Travis Holshouser, Corey Fries and Blake Cauble teamed to procure the final eight outs without incident. Fries allowed a leadoff hit in the eighth but escaped when Rowan turned a 6-4-3 double play.
“We got hits when we needed to,” said Jones, who went 3-for-5 with three RBIs and a stolen base. “We got them with two outs. We got our bunts down. We were able to do the right thing.”