Player of the Year: Michael Caldwell 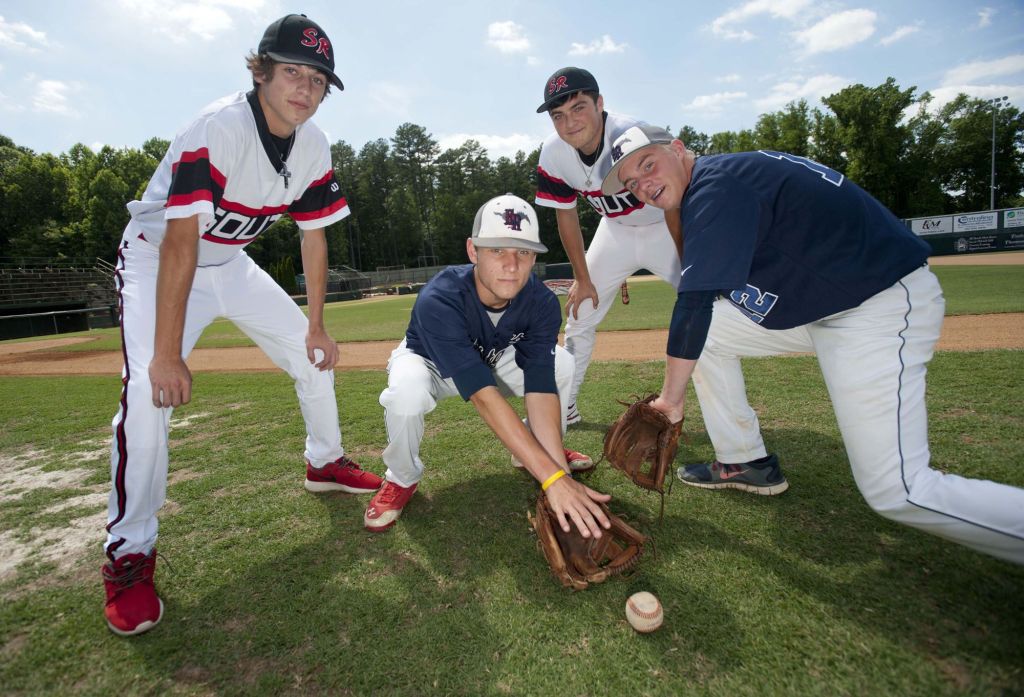 SALISBURY — At 5-foot-9, 155 pounds, East Rowan second baseman Michael Caldwell scared no one.
But the objective wasn’t to impress people, it was to beat them, and Caldwell did that as well as anyone.
Caldwell is the Post’s Rowan County Player of the Year and will be the recipient of the Mark Norris Memorial Award that has become symbolic of the player of the year.
The Norris family has given the award annually since 1978 in memory of Mark Norris, a standout at Salisbury High who was killed in an accident as a college freshman. The award originally went to the Salisbury High MVP, but five years later, it evolved into a countywide award.
“It’s humbling,” Caldwell said. “It’s a wonderful honor, not something that I’d ever even thought about getting. I’m shocked, but I’m thrilled.”
Caldwell’s mother, Diane, will be even more thrilled. It’s been a good baseball season for her. After being diagnosed with cancer last year, she was pronounced cancer-free by doctors on April 9.
“She takes her medicine and she’s doing great,” Caldwell said. “I really wanted to have a good season. I wanted to do that for her because she’s my No. 1 fan — and everything worked out great.”
As East’s leadoff man, Caldwell batted .407 in the Mustangs’ 16 South Piedmont Conference games and was instrumental in the Mustangs winning the SPC championship. The league’s coaches voted him the SPC Player of the Year.
“He was the guy who made us go,” East coach Brian Hightower summed up.
East’s offense was a collective effort, with no huge star. Caldwell, who scored a team-high 29 runs, was usually on base for Ike Freeman, Luke Setzer and Dustin Ritchie, and they frequently knocked him in.
Caldwell had 35 hits and reached base another 14 times on walks and HBPs. He had 11 two-hit games and a three-hit game.
“I guess the at-bat I remember was starting off the game at Carson against Colton (Laws) with a triple to center field,” Caldwell said. “That got us started.”
Hightower said Caldwell has thrived in a program that is virtually year-round.
“We give guys August off, but we expect them to lift weights in the winter and play fall baseball, Legion baseball and school baseball,” Hightower said. “We give kids the opportunity to get better, and Michael worked his butt off.
By the 2013 season, Caldwell was a .374 hitter and an all-county player.
The big question entering his senior year was how Hightower would use his two middle infielders. Freeman and Caldwell are both competent at second base and shortstop. Hightower settled on Freeman, a sophomore, as his shortstop, so Caldwell accepted the job at second and was stellar there. He made five errors in 107 chances — for a .953 fielding percentage. Grounders to Caldwell were outs, and that’s all you can ask as a high school coach.
“They both wanted to play shortstop, but Michael handled it with maturity when I told him he was the second baseman,” Hightower said. “He and Ike gave us the best middle infield in the county.”
Caldwell signed with Pitt Community College in Greenville. He’ll head there this fall with Ritchie, East’s catcher.
“I can’t get away from Caldwell,” Ritchie joked.
As the second baseman for the Rowan Legion team, Caldwell has a different role, batting in the No. 2 spot behind leadoff man Harrison Baucom, but he’s enjoying it.
“There’s a little less pressure on me now with the lineup we have,” Caldwell said.
He’s already had a four-hit game and a five-hit game and should have a strong summer before he goes off to try college ball.
“I always look at a player’s time at East as a four-year journey,” Hightower said. “You want to see a kid make some strides every year, and Michael did. His improvement was immeasurable.”