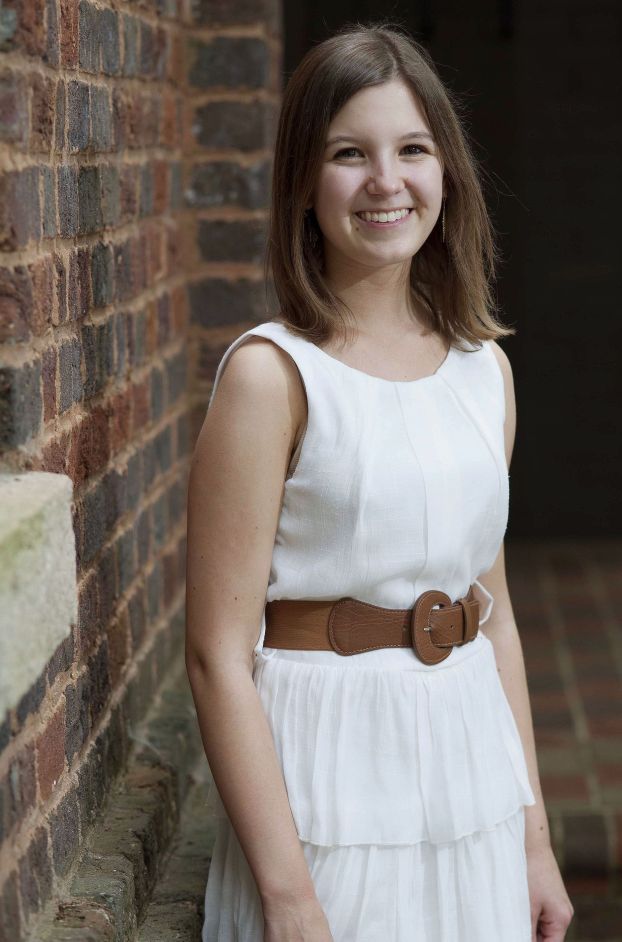 Washko’s battle with cancer made her stronger

SALISBURY — After being diagnosed with leukemia at the age of 4, high school graduation was the last thing on Samantha Washko’s and her family’s minds.
Washko’s form of leukemia was rare and resistant to traditional treatments, making next week’s graduation that much more gratifying. Not only will she be walking across the stage as Salisbury High School’s valedictorian, but she will proudly be sporting a cancer-free smile.
Washko is the daughter of Ken and Nancy Washko and has lived in Rowan County since she was 2. Her brother, Matt, is a sophomore at Salisbury High.
Washko attended Salisbury Academy prior to attending Salisbury High School, since it was the only local school that separated its pre-kindergarteners from the rest of their student body — a necessity for Washko, since the vaccines older students may have received could have negatively impacted her health.
Various cancer treatments, including a bone marrow transplant, caused Washko to miss both kindergarten and first grade.
When she returned to the classroom the following year, Washko was able to rejoin her friends and classmates in the second grade. “There wasn’t a whole lot for me to catch up on,” she said.
Already knowing how to read and write, Washko spent most of her recovery time working on lesson books that allowed her to not fall behind.
Washko is now cancer-free for 13 years but stays actively involved in fundraising for cancer research and awareness through the Hendrick Marrow Program and Be the Match. While her involvement started as being the “cute little girl that survived,” she now does more public speaking and volunteering for the organizations.
As a survivor, Washko has the opportunity to reassure and give hope to parents who have children suffering from cancer. She tells them, “a cancer diagnosis for your kid isn’t going to be the end of the world.”
Last summer, Washko traveled to Washington, D.C., to lobby for Childhood Cancer Action Day. The experience allowed her to meet with congressional staff and ask for research funding and better insurance coverage for treatments.
In the fall, Washko plans to attend Duke University, where she plans to major in chemistry. “Ultimately, I knew I wanted to go to Duke,” she said. Washko received her cancer treatment at the school’s hospital.
Once she graduates from Duke, Washko said, her “tentative plan” is to go to medical school and study to become an oncologist. She added, though, “It’s not set in stone.”
Outside of her involvement in cancer research, she is involved in many other local programs. She is the vice president of the Junior Civitan Club and has helped with Rowan Helping Ministries, Special Olympics and the adult Civitan Club.
With all of her charitable involvement, she still has time to do things for herself, such as dance with the Piedmont Dance Theater.