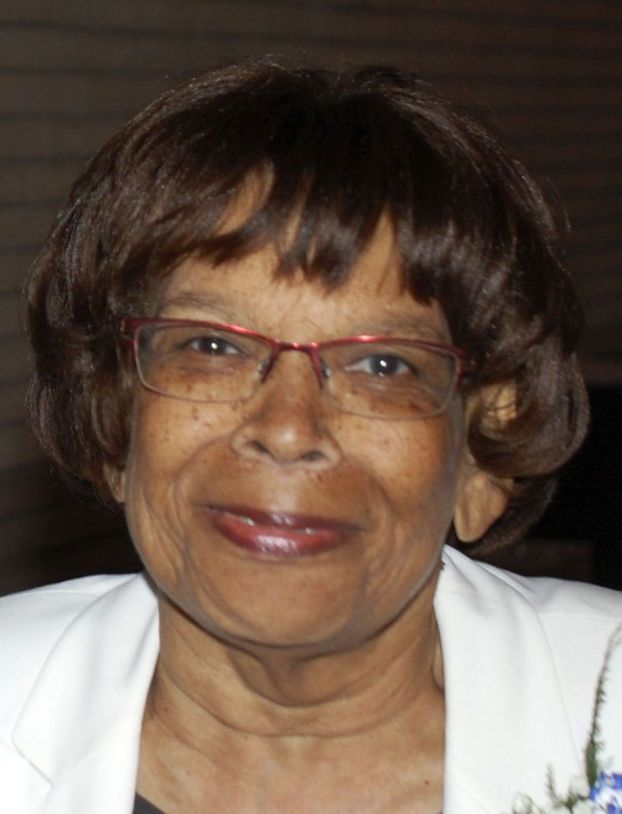 Those honored have one thing in common: making this a better place

SALISBURY — Dr. Patricia Trueblood — pastor, storyteller, caregiver and crusader against illiteracy — said it took somebody to see in her what others could not see.

That somebody was Elizabeth Duncan Koontz. So you can understand if Trueblood became a bit emotional Thursday night in accepting a 2014 Humanitarian Award named for Koontz.

And Koontz told Trueblood she was going places. It was the first time she had heard that kind of encouragement from anybody.

“I am somebody,” Trueblood said Thursday evening in accepting her award, “because somebody told me I am somebody.”

Again, that somebody was Koontz.

The banquet was held at the Salisbury depot, and the good-sized crowd included elected officials, educators, members of the Koontz family and past recipients of Humanitarian Awards.

Greg Philpot, a member of the Human Relations Council, served as emcee for the evening and introduced each recipient, all of whom paid tribute to Koontz in their remarks and said what an honor receiving the award was.

“I am humbled to be here tonight,” said Kluttz, currently development officer for Hood Theological Seminary. “… Elizabeth Duncan Koontz is what the spirit of Salisbury and Rowan County is all about … I will never forget this award … it is truly special.”

Peoples said all people have gifts and talents they can use to make their communities better now and in the future. Describing himself as a “village child” from Salisbury’s old Dixonville community, Peoples said any recognition he received also should go to his family, church and the trailblazers before him such as Koontz.

She was an agent for change, and the common thread among the Humanitarian Award recipients is they try “to leave this place better than we found it,” Peoples said.

“I take pride in this award because It’s not about me,” Peoples added.

Koontz would have celebrated her 94th birthday this week.

Throughout her life Koontz broke many race and gender barriers. She was elected the first African-American president of the National Education Association, and she became President Nixon’s director of the Women’s Bureau in the Department of Labor.

Koontz also was a delegate to the United Nations Commission on the Status of Women and seven-year chairman of the National Commission on Working Women.

“Today we are remembering Elizabeth Koontz and her influence on educators, especially those of us from Rowan County,” said Qadirah, whose varied career included teaching exceptional children.

“Let’s all continue to recognize her legacy as often as we can. Sure, we can get educated via the internet, but there is nothing like the human touch.

Qadirah thanked the Human Relations Council “for reminding me what being a humanitarian means.”

Stinson also stressed the importance of education in his remarks and how his players, winner of the school’s first CIAA men’s basketball championship this past season, made the classroom a priority.

Over the past five years, his players had the highest grade-point average in the league twice, and they were second the three other years.

“Our guys have really bought into the holistic approach for our institution,” Stinson said.

He described the Humanitarian Award as recognition not for him, but for a body of work put together by Livingstone College, led by Dr. Jimmy Jenkins.

Knowing that Koontz was a graduate of Livingstone also means a lot, Stinson said, and he shared one of his favorite quotes: “Service is the rent we pay for life on this earth.”

Diane Hundley, chairperson of the Rowan Helping Ministries board, said the non-profit agency, whose roots go back to the Rowan Cooperative Christian Ministry of 1967 tries to help people physically, emotionally and spiritually, and through cooperative community action, serve neighbors in crisis — and help them break out of that crisis.

Rowan Helping Ministries is a sacrament, a sign that the community has always had its eyes open to help those who need it, Hundley said.

The Humanitarian Award recipients represented considerable service to the community and much accomplishment as individuals.

Rowan Helping Ministries operates on a $2 million budget and relies on 2,500 volunteers a year.

Stinson was National Coach of the Year among Historically Black Colleges.

Kluttz, who was Salisbury’s first woman mayor, is chairperson of the Blanche and Julian Robertson Foundation, former state director for U.S. Sen. Elizabeth Dole and a trustee of the University of North Carolina at Greensboro.

Since returning to Salisbury in 1995, Qadirah has immersed herself in the community with organizations such as Prevent Child Abuse Rowan, the Human Relations Council, the Dr. Martin Luther King Jr. steering committee, United Arts Council, J.C. Price High history and, of course, the Blues & Jazz Festival.

Peoples has been a voice for the voiceless, an advocate for the underserved and an activist for safer neighborhoods, better housing, more racial diversity among city employees and collaborative change.

And then there’s Trueblood, the young girl Koontz saw promise in.

She is pastor and overseer of Grace Deliverance Tabernacle Inc., and she has a bachelor’s degree in sociology from Shaw University, a master’s degree in education and instructional design from American InterContinental University and a doctor’s in divinity from Apostolic Theology Seminary.

Koontz once told her never to allow people to call her Pat or Patty. She should always go by “Patricia,” which means “nobleman,” Koontz said.

So you should know: Trueblood goes by “Patricia” and “Dr.” today.

NC original copy of 13th amendment to go on tour