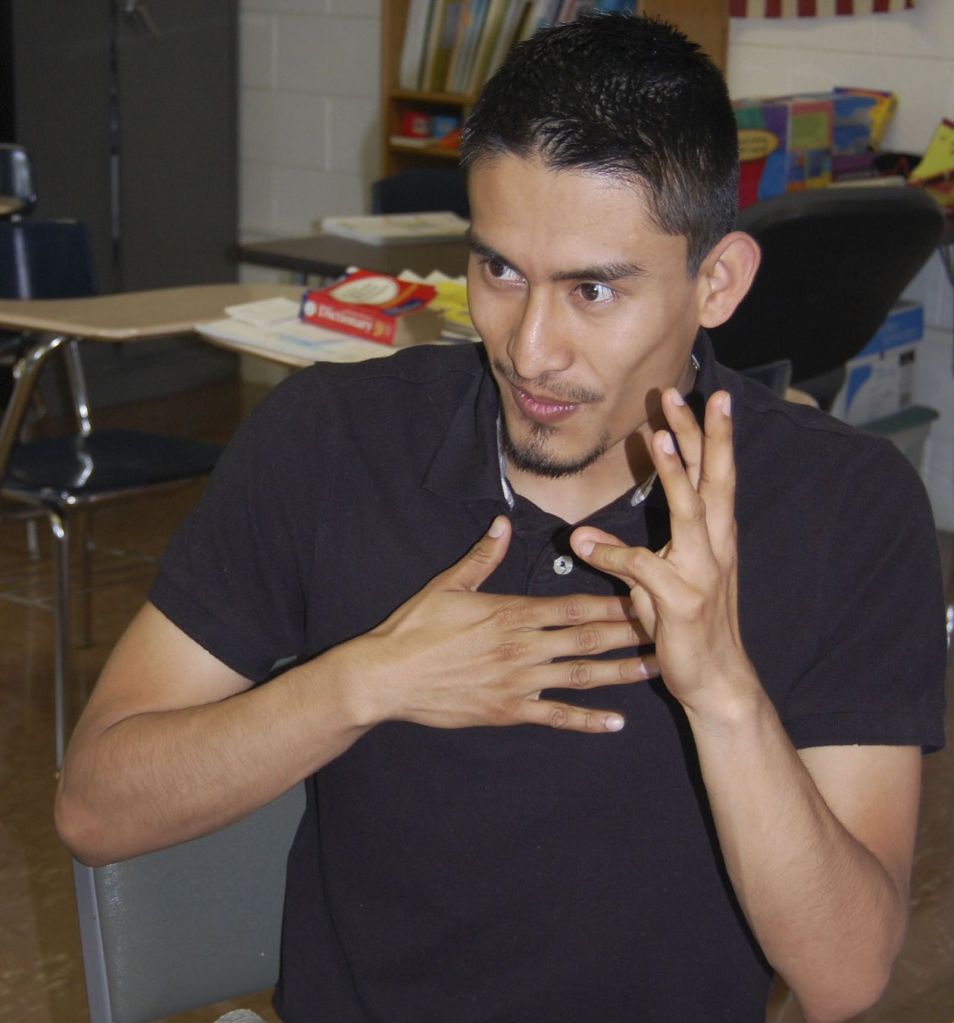 CHINA GROVE — Rigoberto Angeles enrolled at South Rowan in January 2009, just after moving to North Carolina from Mexico. He arrived here without ever having been exposed to any language outside of his native country.
Learning a foreign language would be tough enough for any student, but Angeles has an even added difficulty. He is deaf. “I didn’t know any English or sign language,” said Angeles.
Although he knew some Mexican Sign Language and some Spanish, Mexican Sign Language is completely different from American Sign Language. He added, “I was clueless about sign language, so I got on the computer to learn.”
In Mexico, Angeles attended a school for the deaf. In the United States, though, his parents decided to enroll him at South Rowan rather than send him to the residential deaf school in Morganton.
Once at South Rowan, Angeles played soccer his first two years before he aged out of his eligibility. In his first year, he earned a starting position. Because of his actions both on the field and in the classroom, he received an Academic Letter Award and later was named the team’s most valuable player.
Outside of soccer, Angeles is manager for the junior varsity and varsity football teams.
In 2011, Angeles was inducted into the National Honor Society, where he has been actively involved.
Some of his hobbies include biking and masonry. In class, Angeles has received the National Center for Construction Education and Research certificate for his masonry work. During his first year in that class, he was the first student throughout his teacher’s career to earn a grade of 100 on building a rack-back lead.
Besides faithfully following the Cruz Azul professional soccer team, he is also a fan of college and professional football and NASCAR.
Angeles plans to attend Rowan-Cabarrus Community College in the fall where he hopes to study English as a second language. For a career, however, he is still undecided. Angeles is debating between fields in electronics or cars.
With the excellent record Angeles maintains in school and in the community, he is proud of his one downfall. He has received occasional marks of being tardy. Angeles doesn’t waste time talking in the hallways or being distracted with friends — he is late because he is too busy holding doors open for his classmates. Angeles explained he does it because he doesn’t want to see the door shut on anyone.
His serving nature doesn’t stop there. Angeles is active in the deaf programs at Parkwood Baptist Church and Revolution Church. Through those programs, he has attended Southern Baptist conferences in Hershey, Pa., Taccoa, Ga., and Asheboro, and participated in Camp Caraway in Asheboro.