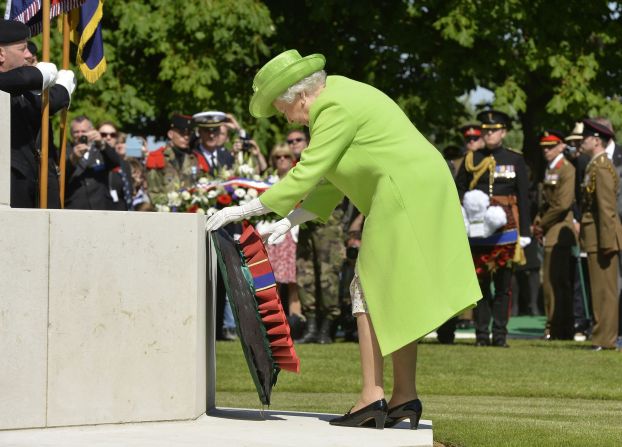 Your daily look at late-breaking news, upcoming events and the stories that will be talked about today:
1. WHAT WORLD LEADERS ARE DOING ON D-DAY

Obama, Putin, Queen Elizabeth II and thousands of veterans are gathering on beaches holding commemorations along Normandy’s coast on the 70-year anniversary.

Seattle police have arrested Aaron R. Ybarra, 26, in the shooting at a small university that left one person dead and another critically wounded.

A witness says she heard Justin Bourque say "I’m done" when he was arrested for the shooting deaths of three Royal Canadian Mounted Police in New Brunswick.

Once released from captivity, a soldier like Sgt. Bowe Bergdahl enters a series of debriefings and counseling sessions to ease him back into normal life.

The agency’s acting chief reveals that 18 more Phoenix-area veterans died after being left off an official appointment list.

State Republicans would endorse psychological treatment for minors that seeks to turn gay people straight under a new platform.

7. HOW GM IS DEALING WITH IGNITION-SWITCH SCANDAL

The auto giant says it has fired 15 employees and will compensate victims of crashes linked to at least 13 deaths.

Doctors across rural America are increasingly seeking help in emergencies from video services that let them connect with hospitals in bigger cities.

Fifteen years after being banned under former Mayor Rudy Giuliani, New York City says it may hold a hearing on a measure that could make the slinky creatures legal again.

A cramping LeBron James and the Heat wilted in San Antonio after the arena’s air conditioning turned off and the Spurs pulled away for a 110-95 win in Game 1 of the NBA Finals.

NC original copy of 13th amendment to go on tour