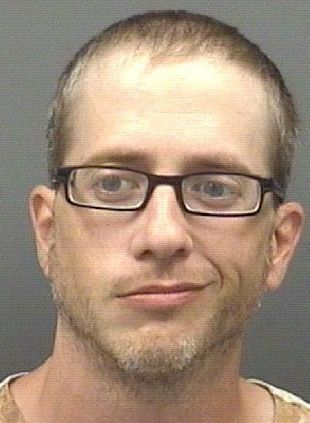 A Salisbury man claiming to be a master at cultivating marijuana remains behind bars after deputies discovered marijuana plants growing in his backyard. The Rowan County Sheriff’s Office charged John Grayson Keys, 36, of the 100 block of Lauren Lane, was charged Tuesday with felony possession with the intent to manufacture, sell and deliver a controlled substance schedule VI, felony maintaining a dwelling place for controlled substances and felony manufacturing a controlled substance schedule VI.
Rowan investigators went to Keys’ home to conduct an investigation. When deputies arrived, they noticed three marijuana plants growing in the yard. He gave them permission to search the property. Officers seized the plants. Each plant was about two feet tall. Keys admitted the marijuana plants belonged to him. Keys told investigators he “could grow anything with the right time and attention,” a report said.
Keys also referred to himself as a “master cultivator,” said Capt. John Sifford.
In 2004, Keys was convicted of misdemeanor driving while license revoked following a July 2003 and September 2003 incident. He was convicted in 2005 of misdemeanor resisting arrest.
Keys was issued a $5,000 secured bond and remains in the Rowan County Detention Center.
Contact reporter Shavonne Potts at 704-797-4253.