Police: man believed to be on stolen moped charged with cocaine, marijuana, pills 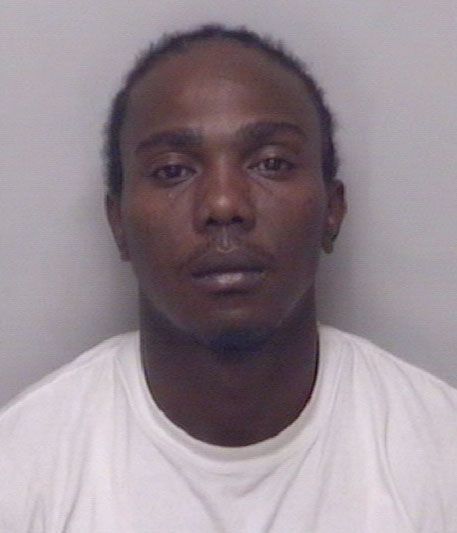 A Salisbury man was charged with possession of crack cocaine, prescription pills and marijuana after a police officer spotted him on a moped the officer believed was reported stolen. The officer passed the man on the moped traveling in the opposite direction and turned to stop him.
Salisbury Police charged Rasheed Mustafa Ibn Hasan, 30, of the 1000 block of Grady Street, with felony possession of a controlled schedule II substance (crack cocaine), misdemeanor possession of a controlled schedule IV substance (pills) and misdemeanor possession of a controlled schedule VI substance (marijuana). The officer stopped the moped at 8 p.m. Wednesday at Park Avenue and Long Street.
The moped was dragging the ground, the officer noted, and she believed it fit the description of one that had been reported stolen. When the officer asked Hasan if he had keys to the moped, he told the officer he was repairing it for a friend. The officer asked for permission to search Hasan and he consented.
He had a prescription bottle with .9 grams of crack cocaine, seven alprazolam pills in another pocket and two small bags with 3.5 grams of marijuana inside.
In February, police charged Hasan following a confrontation with his neighbor, whom he accused of slamming his apartment door too loud. The neighbor told police he was in his yard when Hasan approached him. He went inside to avoid the encounter, but Hasan reportedly followed the neighbor inside. Hasan punched a glass window, kicked a door and threatened to beat the neighbor up.
Hasan has a history of assault, according to the N.C. Department of Corrections. In 2007, he was convicted of misdemeanor drug possession. In April 2009, he was convicted of misdemeanor assault and simple assault from two different incidents. In May 2009, Hasan was convicted of misdemeanor breaking and entering. In 2010, he was convicted of vandalism, assault with a deadly weapon, larceny, drug possession and violating a protective order, all of which are misdemeanors.
In 2011, the courts convicted Hasan of assault on a female and breaking and entering, both misdemeanors. He was convicted of misdemeanor drug possession in 2012.
Hasan was issued a $5,000 secured bond and has since been released from the Rowan County Detention Center.