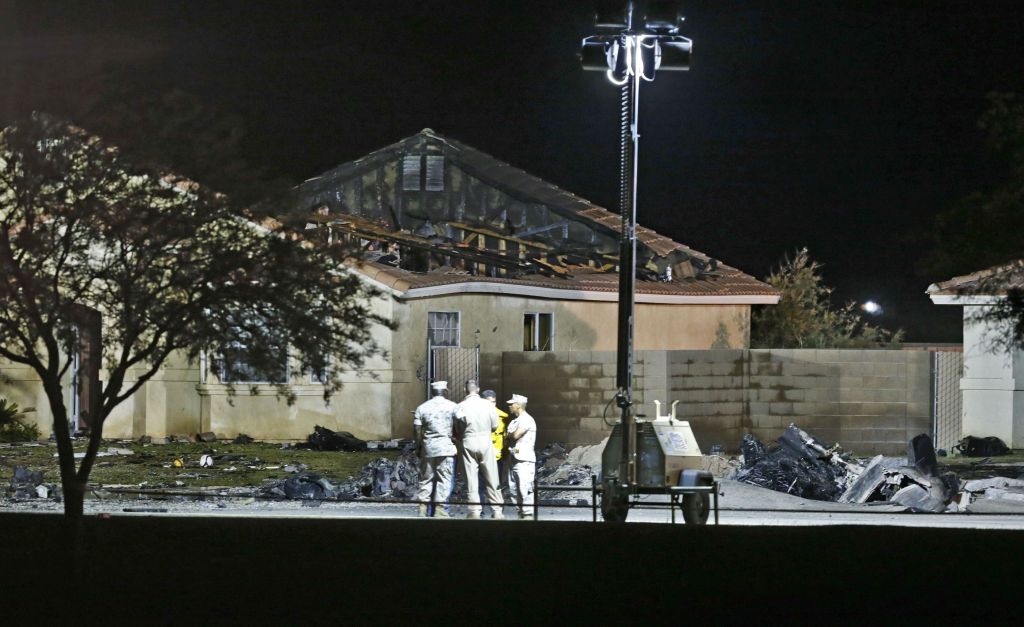 The Associated Press
Your daily look at late-breaking news, upcoming events and the stories that will be talked about today:
1. WHAT TOPS OBAMA’S AGENDA IN EUROPE
The president will discuss shifting conditions in the Ukraine crisis, including the new government’s rise to power, with UK’s David Cameron in Brussels and Francois Hollande in Paris.
2. WHY BERGDAHL’S HOMETOWN IS CANCELING WELCOME-HOME CELEBRATION
Hailey, Idaho, has been swamped with critical emails and calls amid a debate over whether the soldier should be punished as a deserter.
3. NO INJURIES IN CALIFORNIA MILITARY JET CRASH
Debris from the plane hit the roof of a house, which was destroyed, while the subsequent explosion and fire ruined another residence and badly damaged a third building.
4. RARE CASE OF GUN VIOLENCE SHATTERS CANADIAN PROVINCE
A massive manhunt is underway after an armed man shot dead three policemen and injured two others in New Brunswick.
5. GM RECALL PROBE TO BE MADE PUBLIC
A report by former U.S. Attorney Anton Valukas will shed light on why the company took so long to address the ignition switch problem, which caused at least 13 deaths.
6. WHERE BYGONE ERA PERSISTS
Such reminders of the past as typewriters and telegrams cling stubbornly to Myanmar, which was in many ways frozen in time during a half-century of dictatorship.
7. WWII ARTIFACTS UP FOR SALE ON D-DAY ANNIVERSARY
A New York City auction will offer a U.S. flag from an Allied ship that delivered troops to Normandy and rare print-outs of Dow Jones 1944 news bulletins.
8. DISNEY’S ‘FROZEN’ SPARKS A FRENZY
Fans of the box-office hit can now enjoy marketing tours to Norway to see the landscape that inspired the movie’s setting.
9. DONALD STERLING SIGNS OFF ON SALE OF CLIPPERS
The owner’s attorney says the way is now clear for former Microsoft CEO Steve Ballmer to buy the team for a record $2 billion.
10. BRAZIL TO WELCOME SOCCER FANS WITH SKY-HIGH PRICES
If one’s budget isn’t immediately busted by the flight or the hotel, it will soon be done in by the $10 caipirinha cocktail, the $17 cheeseburger or the $35 pepperoni pizza.