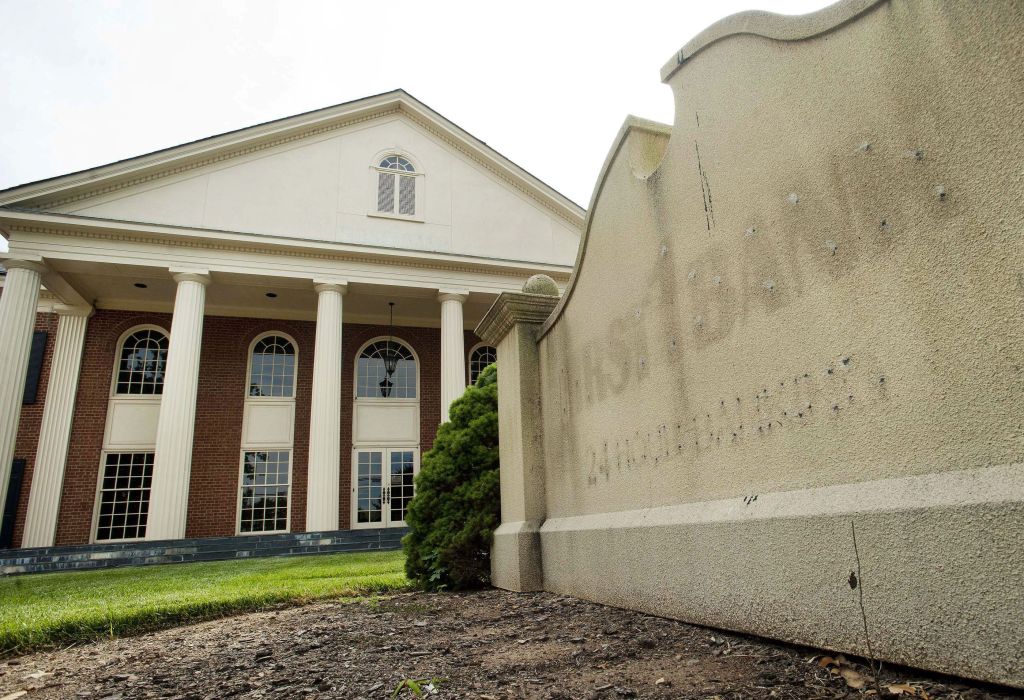 SALISBURY — The Maxwell Chambers Trust has filed a petition in Rowan County Superior Court that looks to change terms of the trust, so it has options of selling or mortgaging property in the 200 block of West Innes Street.
The trust, established by the will of Maxwell Chambers in 1855, owns the entire block bounded by West Innes, South Church, West Fisher and South Jackson streets.
Within that block are the former First Bank building and former Wrenn House restaurant, both of which had provided rental income to the trust, as a separate parking lot still does.
The restaurant has been vacant for several years. First Bank vacated its location in March.
Elders of First Presbyterian Church serve as trustees of the Maxwell Chambers Trust, which was set up as a charitable trust to provide income for the church.
Trustees are finding it difficult in 2014 working with some provisions of a trust set up in 1855. The way it is structured now, the trust prevents trustees from selling or mortgaging the property owned by the trust.
“If you can’t sell it and don’t have direct ownership, banks won’t lend you money,” said Rip Collins, president of the trust. “If you want to work on the bank building, you can’t borrow against its value because you don’t own it.
“That’s the primary limiting factor, getting the will to be brought up to date with current fiduciary lending laws.”
With its petition to the court, the trustees are looking for the flexibility to either sell most of the trust’s property in the 200 block of West Innes Street, or be able to borrow against its value to make renovations to the existing buildings — renovations trustees think would be necessary to attract new tenants.
Before filing the petition, trustees obtained the consent of the N.C. Attorney General’s office, which has the right to be heard in court actions related to charitable trusts.
Trustees also consulted with Davidson College, which according to provisions set out in Chambers’ will, has the right to receive Maxwell Chambers Trust property if First Presbyterian Church is ever dissolved.
The trustees report Davidson College has informally consented to the modifications requested in the court petition.
“We’re hoping the court will find it prudent to update the trust and the way it’s written,” Collins said. From a human interest perspective, he added, times have changed in the lending laws in ways probably no one could have predicted 160 years ago, and the petition seeks to bring the trust up to the times.
Collins noted that in 1855, the trust probably could have gotten a bank loan on a person’s handshake, or the bank manager’s saying, “I know that guy, he’s good for it.”
“Banking laws now are not as lenient,” Collins said.
Collins said lots of good things could be done with the Wrenn House property, though the fact it is set up as a restaurant has been a limiting factor in the way it can be marketed.
As for the bank building, which is roughly 40 years old, the banking industry itself has changed, and with it the footprint banks require.
With its cathedral ceiling in the middle, renovations would cost some money, and that’s difficult “without something to go to the bank with,” Collins said.