SR’s Helms to play at Laurel 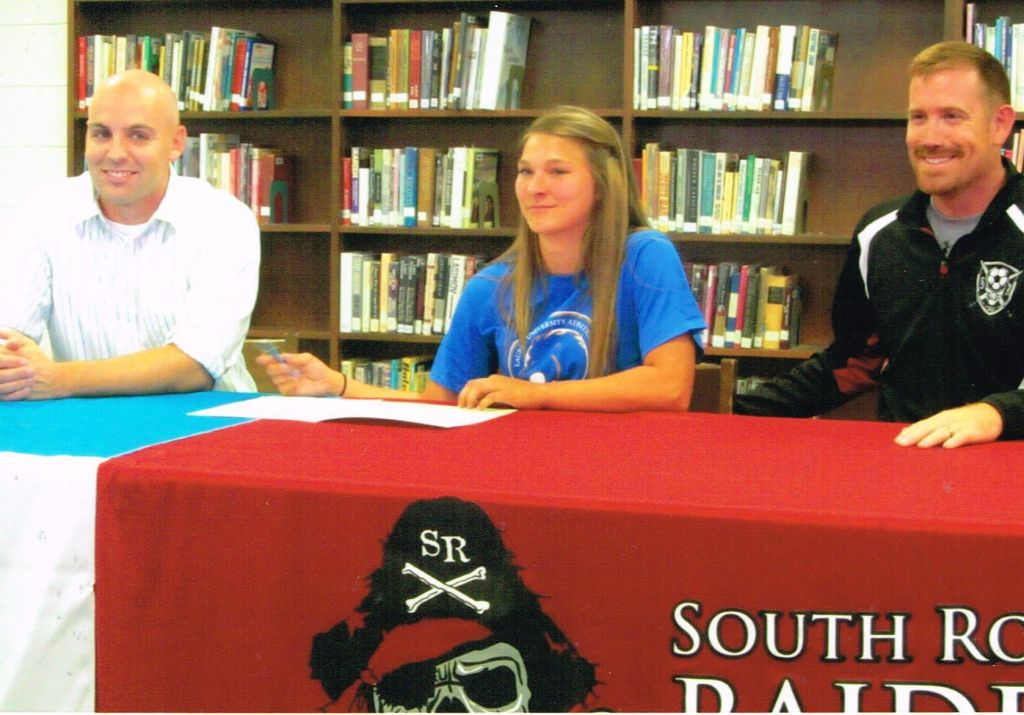 South Rowan’s Brooke Helms has signed with Laurel’s first-year soccer program.
“She’s been an essential part of the Raider program,” South coach Jamey Basinger said. She was our defensive leader and helped us lower our goals allowed numbers significantly in recent years.”
Laurel is a college in High Point that has attracted a number of area signees this spring from Carson and South.
Helms, who played center back for the Raiders, helped South record three shutuouts. Basinger said she’s the first South girls player to sign to play at the college level.
“Brooke is everything you’d want in a center back — strong, quick, good leg,” Laurel coach Craig Golding said.
Helms scored on a 50-yard “airmail goal” against East Rowan as a junior.
Five southern Rowan soccer players signed earlier with Laurel men’s program, and Basinger suggested that Helms contact Laurel.
She did, and Golding had an opportunity to scouted her in a highly competitive Carson-South match. After that match, Golding approached Helms about the opportunity to play at Laurel.
“Laurel is getting a highly motivated soccer player, “ Basinger said. “She’s a very coachable soccer player with skills of speed and strength that are hard to teach. We are very proud of her accomplishments and look forward to following her college career.”