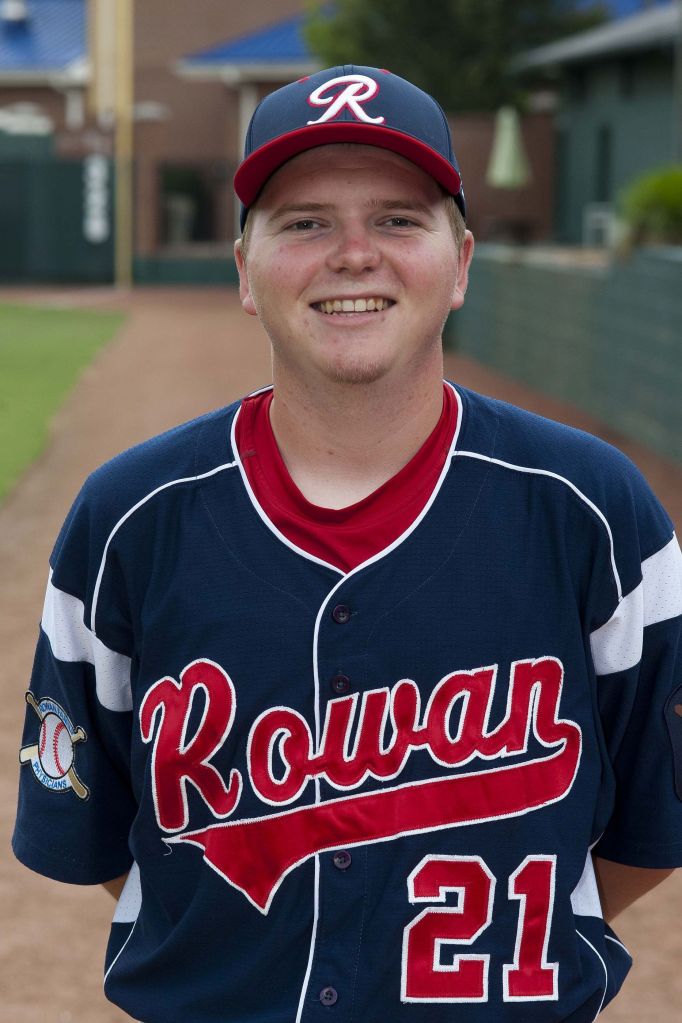 SALISBURY — One of the shortest books in history will be “Things Rowan County Did Right on Tuesday.”
Rowan hitters struck out 17 times in the American Legion game at Newman Park, and Rowan fielders made seven physical errors, plus some mental ones, in an 11-5 loss to Eastern Randolph.
The way things were going, you half-expected Kate Smith’s version of “God Bless America” to be off-key during the seventh-inning stretch.
“That was rough,” Rowan center fielder Harrison Baucom summed up, as fans filed quietly out of Newman Park.
As far as Rowan highlights, catcher Michael Pinkston had three hits, stole two bases and played well defensively. Travis Holshouser, the third of five Rowan hurlers, shut out ER in the fifth, sixth and seventh innings before things got crazy in the eighth.
Blake Cauble, Mr. Popup, came out of the pen to get the last two outs, and at the end of the day, it was just one non-league loss, so no serious damage was done.
Teams have nights like this in baseball, even good ones, and Rowan coach Jim Gantt, handled the disappointment calmly.
“We’ve got to play good defense because we don’t have the pitching to overcome bad defense,” Gantt said. “When we mess up on defense like tonight, we’ll get hammered.”
It felt like a hammering, felt a lot worse than 11-5, because Rowan didn’t do anything offensively after a four-run second inning put the home team ahead 5-2.
ER starter Zach Burke was most of the story. His defense was pretty awful early, but once he settled in, he started mowing down Rowan hitters.
“It was like he needed 40 or 50 pitches to warm up,” ER coach Jerry Kidd said. “He just didn’t have a feel for his slider early in the game, but once he found it, he was good. Zach hung in there when we made mistakes early, and the team hung in there with him.”
Burke struck out 13 in his seven innings.
“He threw three pitches for strikes and he had a good slider,” Gantt said. “And we hurt ourselves by not swinging at strikes.”
Devin Sweet came behind Burke and fanned four in the eighth and ninth. He also starts for ER (7-4), but Kidd explained that there are a lot of off days coming up so he was available.
“We were able to use two of our best tonight,” he said.
Rowan starter Ryan Jones allowed two runs in the first and was replaced by Heath Mitchem for the second.
Michael Caldwell doubled to set up a Rowan run in the first inning. Then Rowan scored four times in the second when Pinkston and Caldwell whacked singles, and ER donated three errors, one HPB and a walk.
ER’s six-run third against Mitchem proved decisive, although three errors actually hurt him more than Post 81’s bats. An infield hit by Michael Matthews gave the visitors the lead for good.
Burke kept it. He was rolling by the fourth and started striking out two batters every inning.
“We’ve been facing a lot of guys who lived off their fastball, and we’ve been destroying them,” Pinkston said. “Both their pitchers threw hard tonight, but I thought the starter lived off his breaking ball. We were letting his fastballs go by, and then we were chasing the breaking ball.”
Rowan (6-3) messed up on a double-play ball in the eighth, and ER tacked on the game’s final three runs.
“We kind of went from good to awful,” Gantt said. “There are a lot of lessons to be learned from this one.”
Rowan gets a chance to bounce back at home against Kernersville Thursday.

Davidson gets back at Rowan