Man charged after spitting at, trying to kick officer 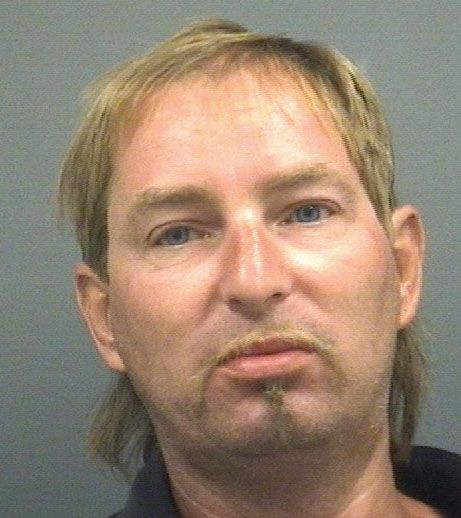 A Gold Hill man remains in the county jail after authorities said he spit on and tried to kick an officer. Officials went to his mother’s house after she called saying she believed he was intoxicated and refused to leave her home.
Billy Ray Drye, 39, is charged with two counts of misdemeanor resist, obstruct, delay an officer, and misdemeanor communicating threats.
On Sunday a Rowan County Sheriff’s Office deputy went to Zion Church Road, where Drye’s mother told the deputy she’d asked her son to not return to her house. He’d been staying with someone else, but was asked to leave there following an incident. The deputy noticed a pile of empty beer cans on the lawn.
When Drye was asked to make arrangements to stay elsewhere, he became belligerent, a report said.
He told a Rockwell Police officer who arrived to assist that he didn’t have to go anywhere because it was a free country. The officers were just going to place Drye in a holding cell until he was sober, but he became combative. A report said Drye challenged the officers to a fight.
He was arrested and searched. A deputy found a pocket knife in Drye’s pocket. The officer asked Drye if the knife belonged to him, and he said it was his and he’d use it to cut the deputy like he cut the others, according to the report.
When the officers tried to remove Drye from the car at the Rowan Magistrate’s Office he tried push an officer away with his feet. He also spit on the officer. A third officer had to be called in to help guard Drye while he was being processed. He was issued a $3,500 secured bond.
He was charged earlier this year with breaking and entering and indecent exposure, both misdemeanors.
In 1992 and 1994, Drye was convicted of misdemeanor driving while impaired. He was again convicted of driving while impaired in 1997 and 1999. Drye was convicted of felony arson in 1996. He was convicted of misdemeanor driving while license revoked in 1997 and 1999. In 2003, he was convicted of misdemeanor assault on a female. He was convicted of misdemeanor resist, obstruct, delay an officer and second-degree trespassing in 2012.
Contact reporter Shavonne Potts at 704-797-4253.