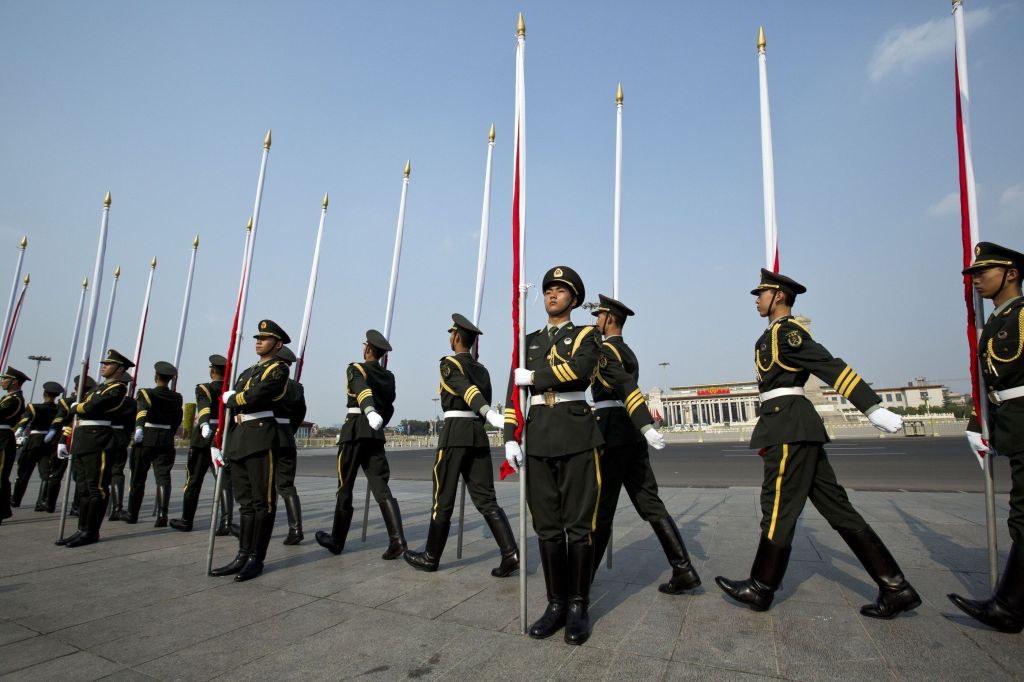 Your daily look at late-breaking news, upcoming events and the stories that will be talked about today:
1. WHY WASHINGTON WORRIED TO THE VERY END ABOUT BERGDAHL’S RELEASE
U.S. officials weren’t sure the Taliban would really free the only American soldier held captive in Afghanistan in exchange for high-level militants detained at Guantanamo Bay.
2. SYRIANS LINE UP TO VOTE IN PRESIDENTIAL ELECTION
Bashar Assad is widely expected to win but the poll has been denounced by critics as a sham.
3. UKRAINE LAUNCHES OFFENSIVE AGAINST INSURGENT HOTBED
The nation’s interior minister says government troops advance through Slovyansk’s outskirts and break through rebel positions.
4. WHAT CHINA IS DOING ON THE EVE OF THE TIANANMEN ANNIVERSARY
Beijing puts additional police on the streets and detains government critics ahead of the commemoration of the crushed pro-democracy protests in 1989.
5. OBAMA’S PLAN FURTHER CLOUDS COAL’S FUTURE
The effort to reduce the gases blamed for global warming uses a complex formula which gives some coal-heavy states a more relaxed standard.
6. ‘VERY, VERY EXCITING’ PROGRESS AGAINST CANCER
Immunotherapy — which boosts the body’s natural ways of attacking tumors — is seeing strong gains against cervical tumors and other forms of the disease.
7. MAN WANTED IN FBI BOMB CASE IS ARRESTED
After a three-day manhunt, San Francisco police capture social media maven Ryan Kelly Chamberlain on suspicion of possessing explosives.
8. SEATTLE HIKES MINIMUM WAGE TO $15
Now the city’s activists are calling for a nationwide movement to close the income and opportunity gaps between the rich and the poor.
9. WHO GETS CREDIT AT ANNUAL FASHION AWARDS
Singer Rihanna, in fishnet and crystals, receives the 2014 Fashion Icon Award from the Council of Fashion Designers of America.
10. ILLINOIS WOMAN’S WIN STREAK ON ‘JEOPARDY!’ ENDS
Julia Collins, 31, loses during her 21st appearance on the syndicated series after securing $428,100 in her 20 victories.