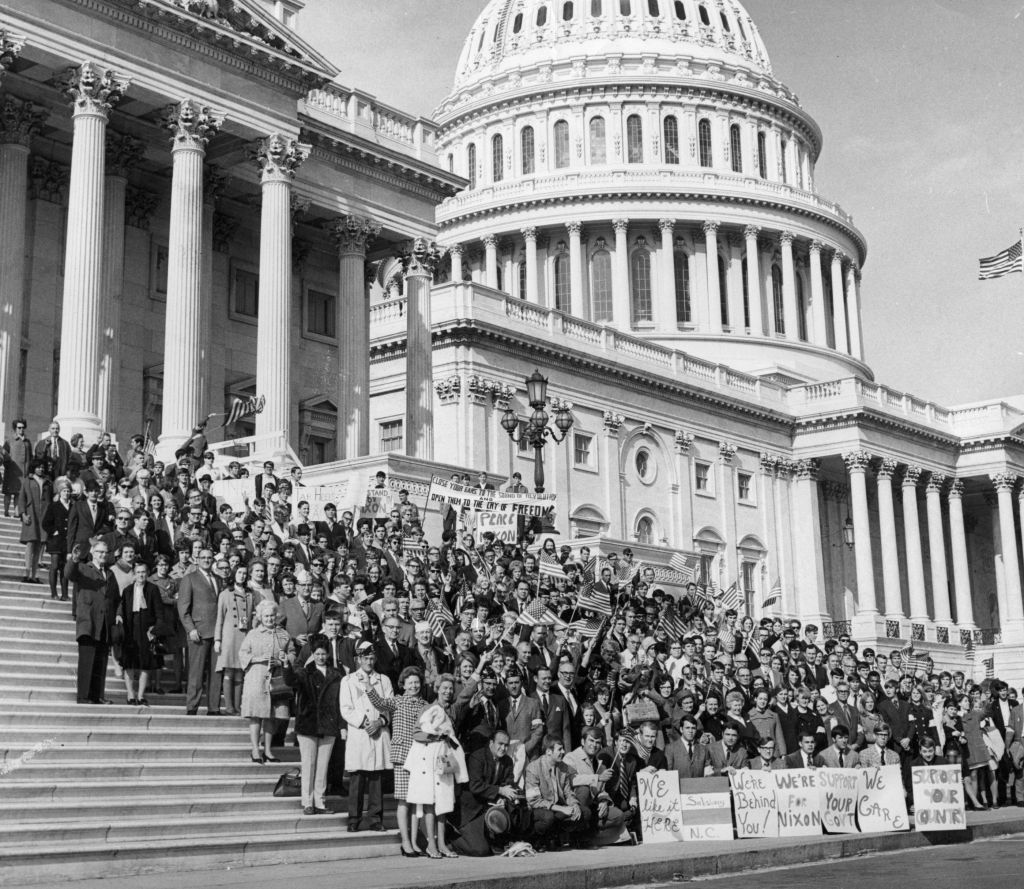 Mac Butner, a diehard local Republican, provided this photograph to the Post of a group, including many Salisburians, who gathered on the steps of the U.S. Capitol in Washington, D.C., probably in late 1969 or early 1970, in support of then President Nixon’s ‘Silent Majority.’ In a famous Nov. 3, 1969, speech, Nixon issued a sharp rebuke of protesters, whose voices and influence against the Vietnam War were becoming a big concern for the new administration. Nixon reached out to those supporting the government by saying, ‘And so tonight to you, the great silent majority of my fellow Americans, I ask for your support … for the more divided we are at home, the less likely the enemy is to negotiate. Let us be united for peace. Let us also be united against defeat. Because let us understand: North Vietnam cannot defeat or humiliate the United States. Only Americans can do that.’ More than 80,000 letters and telegrams were sent to the White House, overwhelmingly in support of Nixon, and his approval ratings climbed to 81 percent by early December,