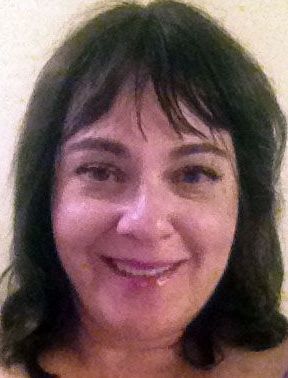 He danced with tall grass
for a moment, like he was swaying
with a woman. Our gun barrels
glowed white-hot.
When I got to him,
a blue halo
of flies had already claimed him.
I pulled the crumbled photograph
from his fingers.

The morning cleared again,
except for a distant mortar
& somewhere choppers taking off.
I slid the wallet into his pocket
& turned him over, so he wouldn’t be
kissing the ground.
— Yusef Komunyakaa
“Poem of the Day: We Never Know”

September 1980, second year of medical school. I was learning to draw blood. The 32-year-old Vietnam veteran allowed me to blow his vein, shrugging off my apologies.
“This doesn’t hurt. What hurts is stepping onto American soil after a year in Vietnam, and having eggs thrown at you while people are yelling ‘Babykiller!’”
Doug’s WWII veteran father had been welcomed home by grateful citizenry lined up to shake his hand. There had been parties and ticker tape. Doug hadn’t expected that kind of welcome but was totally unprepared for what did await him.
“We ran onto a bus whose windows were covered with metal bars, surrounded by a mob screaming at us, holding angry signs, hurling eggs and stones. We were all shaking when we got on that bus. ‘Change into your civvies!’ They told us. If they knew this was going to happen, why didn’t they warn us ahead of time? Why didn’t they have us change into civvies before we got onto the plane to the U.S.? Why couldn’t the police arrest people for attacking us?
“We were treated like we had done something shameful. I could handle being in combat better than this. I still haven’t gotten over it.”
Over the ensuing 35 years of medical practice, I heard a similar tale from one Vietnam veteran after another.
Those friends who are Vietnam veterans echoed the experiences of my patients. My neighbor Walter Maxwell said, “I yearn for someone to just say thank you for your service. I don’t think I could keep from crying if I ever heard that, just once.”
The writer Paul Salvo said, “It was a confusing war, in a confusing place, at a confusing time. Along with the many young lives lost, the war pitted neighbor against neighbor, citizen against soldier, and stole our nation’s innocence. When I came home, I wanted to forget (or was it deny?) I had been there, but I couldn’t. Till this day, I still think and write about the war, and it feels just as confusing as it ever did.”
Judy Livengood, a combat nurse in Vietnam, was surprised by the rabid, angry crowds raging at her when she stepped onto the tarmac in San Francisco. As a result, she resigned her commission within the month.
Tears well in her eyes as she speaks about it.
“I watched brave young men get seriously injured and die, thinking they had done their duty by their country, a country that was rejecting their sacrifice. It was like spitting in our eyes.”
April 2015 will mark the 40th anniversary of the 1975 Fall of Saigon. This would be the perfect time to celebrate our Vietnam veterans and offer long overdue thanks for their service to our country.
Next Veteran’s Day, Nov. 14, 2015, I propose all of us initiate simple celebrations in honor of the Vietnam vets amongst us — at our churches, fraternal organizations, places of work. This would be healing for the entire nation and for our Vietnam veterans, who deserve recognition, at last, for the sacrifices they made when they answered their nation’s call.
Pass it on.
Dr. Susan Jensen lives in Salisbury with her family.
“My Turn” submissions should be 500-700 words. Send to ecook@salisburypost.com with “My Turn” in the subject line. Include name, address, phone number and a digital photo of yourself if possible.