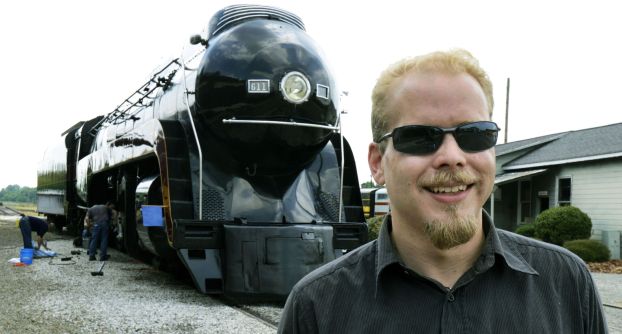 “We were just hoping that we could make their decision just a little bit easier.”
— Margaret Kluttz,
chairwoman of the Robertson Foundation board,
on giving school system another $500,000 toward new central office, bringing foundation’s total to $875,000

“We do a lot of sustainable things. It’s just an ongoing part of what we do.”
— Jason Ritter,
director of dining services at Catawba College, on decision to stop using paper, Styrofoam and some plastics in cafeteria

“As far as we can tell, and we’ll let anybody prove us wrong if they want to, this is the largest gathering of these historic locomotives that has taken place.”
— Mark Brown,
spokesman for NC Transportation Museum, on this weekend’s display of restored streamliner locomotives

“You spit on an officer, and that’s a felony.”
— Police Capt. Shelia Lingle,
on additional charge against Salisbury High student accused of stealing a cell phone

Laurel to the Ageless Aviation Dreams Foundation and its sponsors who gave local veterans a lift in more ways than... read more