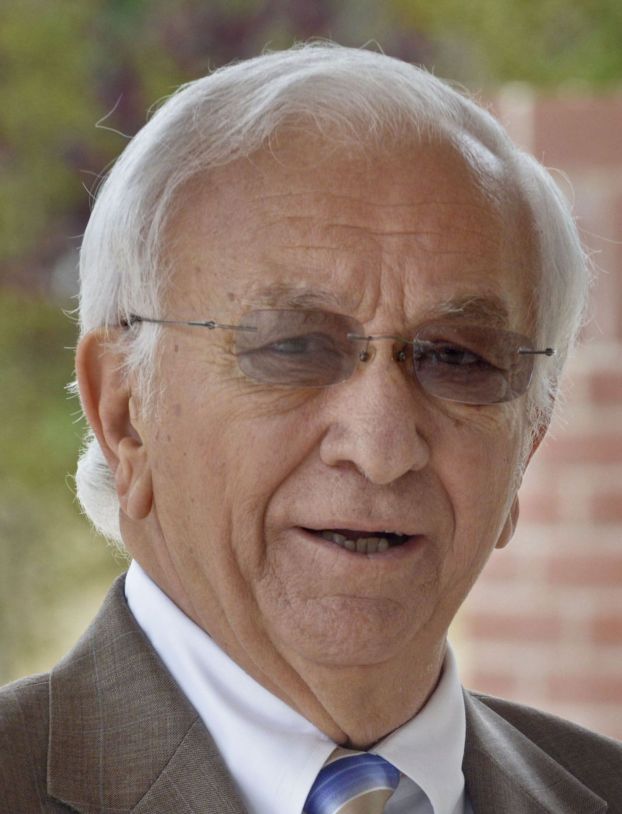 Happy 10th anniversary, Pops at the Post!
“It’s amazing!” says Post Publisher Greg Anderson. “It just keeps getting better and better. We have a board full of volunteers who work hard to improve it every year.”
The concert originated as the Post’s Centennial Concert in 2005, but over the years, he says, has grown into a community event.
“Each year,” Anderson says, “we add different things to enhance the experience.”
Tailgating has been added over the years, and this year, there’ll be a tailgating contest. Also, to get concert-goers in the mood for an evening of music, the Salisbury Swing Band will play from 5 to 7 p.m.
Anderson notes that the North Carolina Main Street Association has ranked the event as the best downtown special event in the state.
But those kinds of accolades don’t necessarily matter to him. “It’s the kind of event that brings everybody together. We just gather and have a great community event, enjoying music, fellowship and food. We can sit together and all take in the beautiful music. I’m so proud to be a part of it.”
The Pops at the Post committee is now a non-profit organization.
“This is not a Salisbury Post event,” Anderson points out. “It happens here, but it is truly a community event.”
Over the past decade, major donors have helped the event become what it is today.
Almost as soon as the last note from the Centennial Concert ended, Paul Fisher stepped forward.
“It was a one-time thing that turned into something that I hope will go on forever,” says Fisher, CEO of F&M. “Anytime there is a community gathering like this, it is so beneficial to everybody.”
Fisher noticed it immediately.
“As soon as I saw the first one, I knew we had to continue,” he says. “It’s worked out beautifully.”
Concert-goers can come out, get reconnected and have fun, Fisher says, “and in this case, enjoy beautiful music and God’s beautiful world at the same time.”
Fisher says there’s no other event that’s more quality-of-life oriented than the Pops event.
“It’s free, you come, you see friends and meet new friends,” he says. “Everyone leaves there feeling good. Community gatherings for a good purpose are what keep communities alive.”
F&M got to celebrate in a special way back in 2009, when organizers tied the bank’s 100th birthday into the Pops concert.
“That was exciting,” Fisher recalls. “Anytime you celebrate life, it’s just like being on a big front porch and somebody turned on the music.”
Fred and Alice Stanback have also been supporters since the beginning, even calling in their pledge before fundraising actually begins each fall.
“I love marching band music, particularly,” Stanback says. “The marches are my favorite.”
In high school, Stanback admits, “I played the clarinet, very poorly.”
The Stanbacks are longtime symphony supporters, and the Pops is just a natural extension of that.
“I think it’s just a great occasion for the whole community,” Stanback says. “It’s patriotic and makes everybody feel good.”
A feel-good event is exactly what the Robertson Family Foundation is looking for. It, too, is a longtime supporter of Pops.
“We began supporting it and stayed with it because it is a community asset,” explains Dave Setzer, executive director. “Our whole modus operandi is to do what our board feels is progressive for the community, and works out as a gift to the community. We felt this was a novel idea. We can support that with no problem whatsoever.
“When we started, the Post was willing to give up their space for an orchestra. It doesn’t make any sense on the surface, but you dig down and realize the space is there. A bank donates its parking lot, and we’re in business!”
Setzer notes that Maestro David Hagy has put together a mix of good programming over the years, with a combination of classical and contemporary music boasting wide-ranging appeal.
“It’s been a plus all the way around,” Setzer says.
This year’s concert will be June 7, starting at sundown.

Get your swing on

SALISBURY — If you’re coming early to Pops at the Post, you won’t have to wait to hear good music.... read more