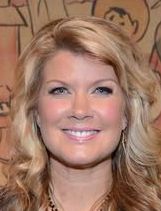 ASHEVILLE — A Buncombe County Schools spokesman says a prayer at a fundraiser for a high school band violated the policy on religion.
Several students and at least one parent complained about the prayer at an event hosted by the North Buncombe Band Boosters last weekend.
The fundraiser was not held on school property and occurred at a “Field of Honor” flag display designed to honor veterans. It also was designed to raise money for the band to travel to Hawaii for the Pearl Harbor Memorial Parade.
But school spokesman Jason Rhodes said the Christian prayer violated policy since all the members of the band were present. The policy states that schools will neither advance nor inhibit any religious belief, viewpoint, expression or practice.
“This was a flagrant breaking of policy,” said Ginger Strivelli, a Pagan and the mother of a student at the event.
— Associated Press
Nativity scenes, menorahs OK in La. public schools
Louisiana’s public schools will be given explicit authority to put up nativity scenes and Christmas trees as part of a holiday display, under a bill that received final passage with a unanimous state Senate vote last week.
“This bill allows for clarification,” said Sen. A.G. Crowe, R-Slidell. “The Supreme Court has already ruled that it’s not unconstitutional to express this type of activity in public schools.”
The displays on school property could include a menorah, nativity scene, a Christmas tree or other symbols “associated with traditional celebrations in winter” if the display either represents more than one religion or includes one religion and at least one secular symbol. The display couldn’t include a “message that encourages adherence to a particular religious belief.”
— Associated Press
‘It Takes a Church’ to match singles, with divine help
Attention, Christian singles. There’s someone who wants to match you up — on a game show.
Thursday evening The Game Show Network will premiere “It Takes a Church,” hosted by Christian music singer Natalie Grant.
The first segment takes place at The Rock Worship Center, a Pentecostal church in Charlotte, where members recommend dating prospects for 30-year-old Angela Morgan.
Charlotte Observer columnist Tim Funk has described the show as a mix of “The Dating Game” and “Survivor,” sprinkled with Bible verses.
The Game Show Network is carried locally by Fibrant, AT&T UVerse, DishTV and DIRECTV.
The Christian dating show airs at 9 p.m. Thursday. It follows “The American Bible Challenge” at 8 p.m., now in its third season and hosted by Jeff Foxworthy.
You might be a Bible scholar if …
Slighted by the Kardasians
From the tweets of Anne LaMott, writer and activist, @ANNELAMOTT, responding to an invitation last week to the Indianapolis 500:

I would love to do the Indy tmrw … but have to teach Sunday School. Plus in bad mood, as did not get invited to Kardasian vows.

I’m sorry but I can’t bring my Sunday School kids to Indy 500 to watch you race tmrw. Please understand—we’re PRESBYTERIANS.

Can you picture us Presbyterians at Indy 500? God’s Frozen Chosen, organizing committees & making the drivers practice safe driving skills.
Quote to ponder
“It is human to err; it is devilish to remain willfully in error.”
— Saint Augustine