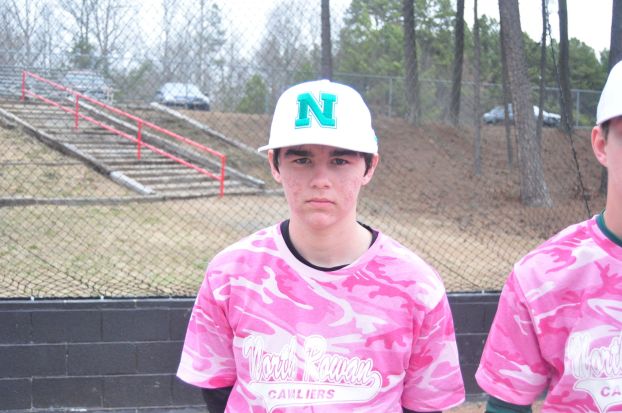 Kannapolis rallied from a 5-3 deficit in the seventh and won 7-6 against the Mooresville Legends on Wednesday.
Trey Mazza homered for the Legends in the first inning. Jack Carty had a double and drove in two runs.
Dalton Binkley took the loss.

Salisbury’s Frank Adams shot 65 in the second round of the eGolf Tour’s Sedgefield Open in Greensboro and moved into contention. He’s tied for ninth.
• The Corbin Hills Ladies played in their annual two-day Grace Rodgers Spring Handicap Tournament on Tuesday and Thursday.
Overall low net and winner of the tournament was Eileen Full.
Overall low gross was won by Beth Calhoun.
Low net in the First Flight was Susan Morris. Low net in the Second Flight was Mary Seaford. Low net in the Third Flight was Carolynn Ries.
Catawba senior first baseman Paul Kronenfeld has been named a second team Capital One Academic All-American in baseball.
Kronenfeld is a business major with a 3.94 GPA.
Kronenfeld led Catawba with a .361 average this season, which ranked sixth in the South Atlantic Conference. He collected a league-high 21 doubles and was third in the SAC in runs scored with 54. Kronenfeld hit six home runs and drove in 43 runs.

Intimidators
The Kannapolis Intimdators were rained out on Thursday.
A doubleheader has been scheduled for tonight in Kannapolis, with the first game starting at 5 p.m.

Spencer Little League summer baseball sign-ups for boys and girls (ages 4-13) at 8th Street Ballpark have been extended one more Saturday. Register from 9-1. Registration is $40. Call 704-216-7783.

Basketball Camp
The 4th Summer Jam Evaluation Basketball Camp will be held June 16-19 at the Benchwarmers Sports Complex in Mooresville.
The camp is for boys and girls. Grades 9-11 from 9-12 daily. Grades 3-8 from 1-4 daily.
The first day of camp clinics cover ballhandling, shooting and passing. The second day is offensive skill work. The third day features footwork and attacking. The final day is live games and video review.
Early registration cost is $60 per player or $50 apiece for two or more players.
After May 31, the cost goes up to $75.
Players receive T-shirts and daily snacks and drinks.
For information, contact Damien Argrett at 704-495-9565. . Argrett is a former South Rowan star and Pfeiffer All-American and played professionally in Europe.