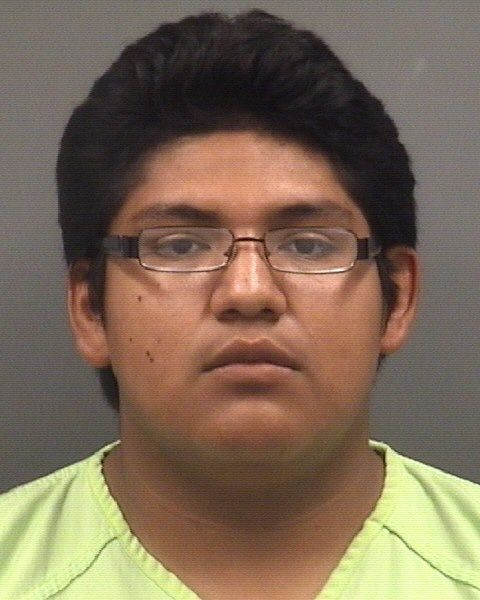 A Salisbury High School student is accused of spitting on an officer and that earned him a felony charge Wednesday during a fire drill.
Diego Santamaria, 16, of the 100 block of West Thomas Street, was charged with misdemeanor larceny and felony malicious conduct by a prisoner.
A high school student had placed a cell phone on a ledge, authorities said, and the phone was stolen.
Police Capt. Shelia Lingle said the school resource officer reviewed video camera footage and saw Santamaria taking the phone.
“They went to approach (Santamaria) during a fire drill. The SRO told Santamaria to give the phone back,” Lingle said. “He acted like he didn’t know what was going on. They had him on video taking the phone and walking off with it.”
The school resource officer placed Santamaria under arrest, after which the student allegedly spit on the officer and called her a “pig.”
“When you start spitting, that is when you get that other charge. You spit on an officer, and that’s a felony,” Lingle said.
Lingle said the officer retrieved the phone.
Santamaria was taken to Rowan County Detention Center and held under a $2,500 bond.

Wineka column: Today, the evil of detours; yesterday, the…