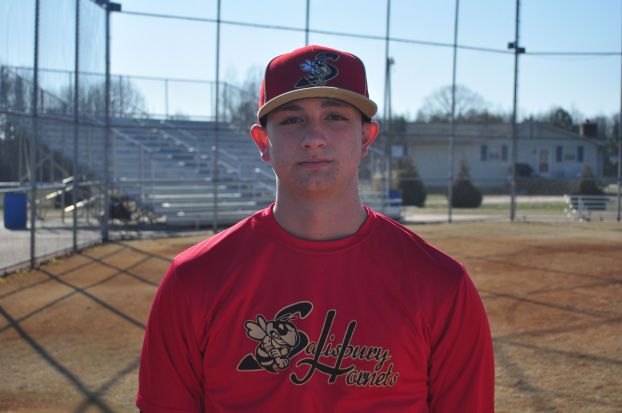 Rowan County’s American Legion baseball team beat Randolph 15-5 on Wednesday in a game at Asheboro’s McCrary Park.
Rowan pounded out 18 hits and made no errors in a game that was ended after seven innings by the mercy rule.
Rowan (3-1) scored four runs in the first and never looked back. Doubles by Michael Caldwell and Chance Bowden in the first got Rowan rolling. Bowden doubled home Harrison Baucom and Caldwell, and Riley Myers singled to drive in Baucom.
Myers is limited to DH duties by an elbow issue, but he went 3-for-3 and drove in three runs as Rowan’s cleanup hitter.
Dustin Ritchie had a two-run single as Rowan’s lead swelled in the fifth.
Bowden and Ritchie went 3-for-4. Michael Pinkston drove in two runs.
Baucom, Rowan’s center fielder, made the defensive play of the game with a diving catch in the sixth.
Ryan Jones started on the mound for Rowan but was knocked out in the second. Winner Brandon White and Cory Fries pitched well in relief.
White pitched 3 1/3 innings and didn’t allow a run. He struck out two.
Rowan returns home tonight to face Eastern Randolph at Newman Park at 7.

Rowan 452 040 0 — 15
Rand. 130 000 1 — 5
Kannapolis rallied from a 5-3 deficit in the seventh and won 7-6 against the Mooresville Legends on Wednesday.
Trey Mazza homered for the Legends in the first inning. Jack Carty had a double and drove in two runs.
Dalton Binkley took the loss.
In other games, High Point beat Concord 17-4, Eastern Randolph edged Davidson County 9-8, and Taylorsville beat the Mooresville Post 66 Moors 7-5.
Catawba’s Craig Brooks became a unanimous All-American as he was named second team by the American Baseball Coaches Association on Wednesday. Brooks is the first Catawba player to appear on all three All-America teams since both Ryan Query and Craige Lyerly achieved the honor in 2009.
A junior starting pitcher, Brooks had earlier earned second team All-America honors from Daktronics and was a third team selection by the NCBWA. Brooks finished the season with a 12-3 record and a 2.32 ERA.
With only the games remaining at the College World Series, Brooks was still tied for the most wins in Division II. He also ranked 10th with just 5.74 hits allowed per nine innings (57 in 89 1/3 innings) and was sixth in total strikeouts with 104.
There will be 12 members of the latest Salisbury-Rowan Hall of Fame Class inducted in August, including four chosen through a “veterans vote,” which will honor athletes whose careers were 50 or more years ago. The new inductees will include the annual Horace Billings Memorial Award given for contributions to Rowan County sports beyond the playing field.
The new members will be listed when all of them or their families have been contacted and have accepted the honor.

Hunter Jones led off Wednesday’s game at Hickory with a home run, but that was it for the Kannapolis Intimidators. They fell 8-1 to the Crawdads. Evan Van Hoosier had two doubles for the Crawdads, and Nomar Mazara hit a home run.
Rancho Cucamonga’s Corey Seager (NW Cabarrus, Kannapolis Legion) had a stretch in May in which he had 20 hits in a nine-game span, including two four-hit games. He’s a cooled off some now, going 0-for-8 in his last two starts, but he’s still hitting .355 for the season. The top hitting prospect of the L.A. Dodgers, the 6-foot-4, 20-year-old shortstop is on track to move up to Double A at the All-Star break.
• Daniel Wagner (South Rowan) extended a modest four-game hitting streak on Wednesday. He singled and drove in a run. Wagner had doubles on Sunday, Monday and Tuesday.

East baseball camp
The dates for East Rowan’s baseball camp are June 16-20.
The camp is from 9-2 Monday through Thursday and 9 until 12 on Friday, the 20th.
Lunch is provided Friday. Campers should bring lunch the other days.
The cost of the camp is $110. The cost includes a camp T-shirt and video.
Sign up at ermustangbaseball.com

It’s a good thing that cadet life for Tyler L’Hommedieu officially will start with a meet-the-football-coaches picnic at West Point... read more