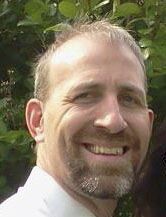 Man dies after his hand was caught in equipment

The N.C. Department of Labor is in the beginning stages of an investigation following the death of a Rowan County man who was injured Tuesday at HBD/Thermoid Inc.
Preliminary information provided by the N.C. Department of Labor said employee Scott Fink’s hand became caught in a piece of equipment and his chest was crushed.
Communications Director Delores Quesenberry said the investigation is in its early stages and could take three to four months to become complete. She said during an investigation, officials with the Occupational Safety & Health Administration (OSHA) will take photos, look at the equipment involved, interview employees or witnesses to the incident, look at the company’s training records as well as determine if any health and safety standards were violated. OSHA is part of the Department of Labor.
If a violation occurred, the company could be cited, Quesenberry said.
Quesenberry was not aware of the type of machine Fink was working on, but he was reportedly working on a commercial roller press.
Thermoid has not been inspected in the past nor have they received any citations.
Quesenberry said Thermoid may have never had an incident where they were cited or the company simply hasn’t surfaced in a random inspection.
There are certain criteria that have to happen to initiate an OSHA inspection, she said, which include an employee death, three or more hospitalizations, media reports involving an incident or a random inspection.
If a death or hospitalization occurs at a company, the officials have eight hours to notify the labor department.
Emergency officials confirmed Fink was taken to Novant Health Rowan Medical Center and then transferred to Wake Forest Baptist Medical Center where he later died of his injuries. He received initial medical care at the scene before he was taken by ambulance to the hospital, said Frank Thomason, chief of Rowan County Emergency Services.
The Salisbury operations makes automotive, industrial and specialty hoses, rubber bands and covered rolls, according to its website.
The company is headquartered in Bellafontaine, Ohio. Salisbury is one of six locations that include Elgin, S.C., Tennessee, California and Kansas.
Thermoid company representatives at the Salisbury operations refused to comment. A call to the Ohio corporate office was not immediately returned.
Contact reporter Shavonne Potts at 7004-797-4253.