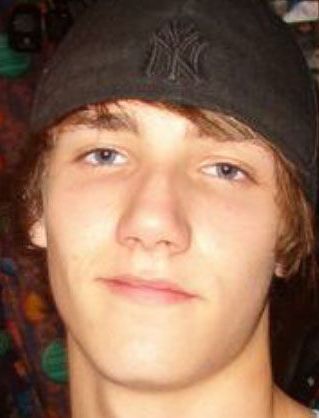 The family of a Cleveland man who died following a crash a week ago say they want to celebrate his life with a Saturday memorial at Cleveland Town Park.
Jake Lane, 22, died a day after the single-vehicle collision at the intersection of Hurley School and Sherrills Ford roads. Passenger Alyssa Sides, 21, was seriously injured in the crash.
The family will gather with friends and any others who knew Lane from 5 p.m.-8:30 p.m. with a public balloon release at sunset. The park is located at 300 Clement St., which is directly behind the old West Rowan YMCA.
“Anybody that knew my brother or if he had an impact on their life,” said Lane’s sister, Kendra, “we want it be part of the grieving process.”
Kendra said her family gains their strength from their belief that without a doubt “Jake loved the Lord and is in heaven.”
“Everybody that I know is striving to go to heaven. He just made it there first,” she said.
Kendra, 26, said what she’ll miss most about Jake is his strange “comedic relief.”
She said Jake never wanted to see anyone upset and would do anything to make them smile.
Kendra said admired the way people warmed to him.
“He would meet people and they would fall in love with him,” she said.
She asked for continued prayers for her family and Alyssa Sides’ family.
“It’s a horrible situation,” Kendra said.
N.C. Highway Patrol officials said Jake Lane was speeding the night of the crash, which Kendra believes he may have been, but she disagrees with the summation that her brother “rolled through the stop sign.”
Officials said Lane was traveling faster than the posted 45 mph speed limit and driving an estimated 60 mph.
According to Kendra the investigating trooper told her the brakes on the older model pickup locked, propelling the truck forward through the stop sign where Jake struck a tree. She believes her brother tried to stop, the brakes locked, and he skidded through the stop sign.
Highway Patrol officials said Lane was not impaired in any way. Sides sustained a broken sternum, broken ribs, a fractured skull and a concussion.
Kendra said she’s heard some young people were driving erratically near the crash site, but cautions them against expressing themselves wildly. She said she doesn’t want to see them injured or worse and have their families endure what hers has since Jake’s death.
Jake Lane was a West Rowan High graduate and an employee at Meyers Forest Products.
Contact reporter Shavonne Potts at 704-797-4253.