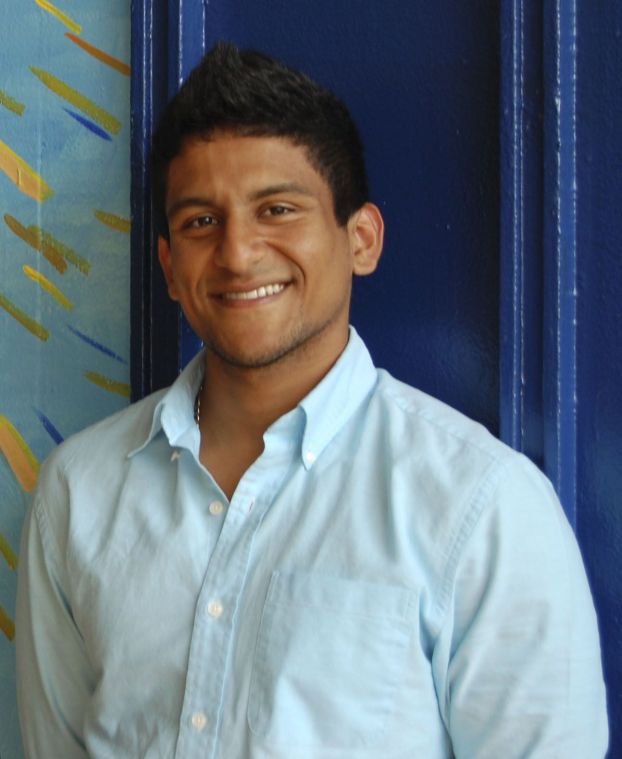 There’s no question that Victor Pereira is special — the East Rowan senior is confident, well spoken and intelligent.
So it isn’t a surprise that in December, Pereira received a letter from State Superintendent Dr. June Atkinson personally inviting him to apply to be a Presidential Scholar.
It’s also no surprise that he was selected for the honor reserved for 141 of America’s brightest graduating seniors.
In February, Pereira completed the application, including several short essays and one long essay, in addition to a photo essay.
The honors go to two seniors — one male and one female — from each state, the District of Columbia, Puerto Rico and American families living abroad, in addition to 15 students chosen at-large and 20 U.S. Presidential Scholars in the Arts.
Pereira, along with the other Presidential Scholars, will be honored in Washington, D.C. June 22-25.
In the photo essay, applicants were to choose a photo and describe its impact on their life. Pereira chose a photo of his father, who passed away in 2012, and told how his father’s life affected his own.
Pereira was born in San Salvador, El Salvador, but when he was 4, his family moved to California.
Pereira said his parents, Roberto and Ana Pereira, wanted to “seek out better opportunity” for him and his two sisters, Sara and Diana, who are now both in their 20s.
Pereira said his father worked in car sales and traveled extensively. On one of his trips, he stumbled across Rowan County.
“I think it was just by luck. He liked it here,” Pereira said.
The family only lived in California for a few months before they made the move to North Carolina.
Pereira said it was hard at first for the rest of his family to adjust to American culture.
“Everyone grew up in Hispanic culture,” he said, adding that none of them had any prior knowledge of English.
Pereira, however, said he began learning English once he began attending Granite Quarry Elementary School.
His teacher was bilingual, so “it was really easy to learn,” he said.
After Granite Quarry, Pereira attended Erwin Middle School before attending high school at East Rowan.
Pereira’s come a long way from the kindergartner without any English skills, in fact, he’s excelled — not just academically, but in athletics, music and volunteerism.
He ran track and cross-country for four years each in high school and middle school, and although he isn’t currently participating in a sport, Pereira is anything but a weekend warrior when it comes to physical fitness.
“I head out to the gym almost every day,” Pereira said.
Perhaps Pereira’s newest passion is music. He recently began performing with honors chorus at East Rowan.
“Since then it’s been big in my life,” he said, adding, “It’s been fun for me to be associated with music in high school.”
He even won the school’s talent show.
Pereira is also actively involved in giving back to the community. As an active member of East Rowan’s Junior Civitan Club, he spends a lot of time working on community service projects. His youth group at St. John’s Lutheran Church is also incredibly service minded, Pereira said.
Although his favorite subject is science, Pereira said his favorite class right now is English, because “it’s a very rigorous class.”
Outside of school, Pereira said, he enjoys hanging out with his friends, but admits that oftentimes they end up doing school-related things.
Like other high school students, however, they enjoy going to the lake, watching movies and going to parks.
Pereira plans to attend the University of North Carolina at Chapel Hill to study exercise and sports science. He was awarded the C.H. Morrison Scholarship.
The scholarship “covers my entire need,” he said.
After receiving his undergraduate degree, he intends to attend medical school and receive his degree in sports medicine. After four more years of training, he hopes to practice sports medicine and eventually get his own practice.
It may seem like a long road to go down to achieve a goal, but Pereira said it’s worth it.
He said he’s always been told to pursue something he’s passionate about, which is why he decided to delve into the world of sports medicine to begin with.
“I like to base my life around health and fitness,” Pereira said, adding that being a doctor of sports medicine would allow him to help others and “improve people’s performance.”
Contact reporter Jeanie Groh at 704-797-4222.