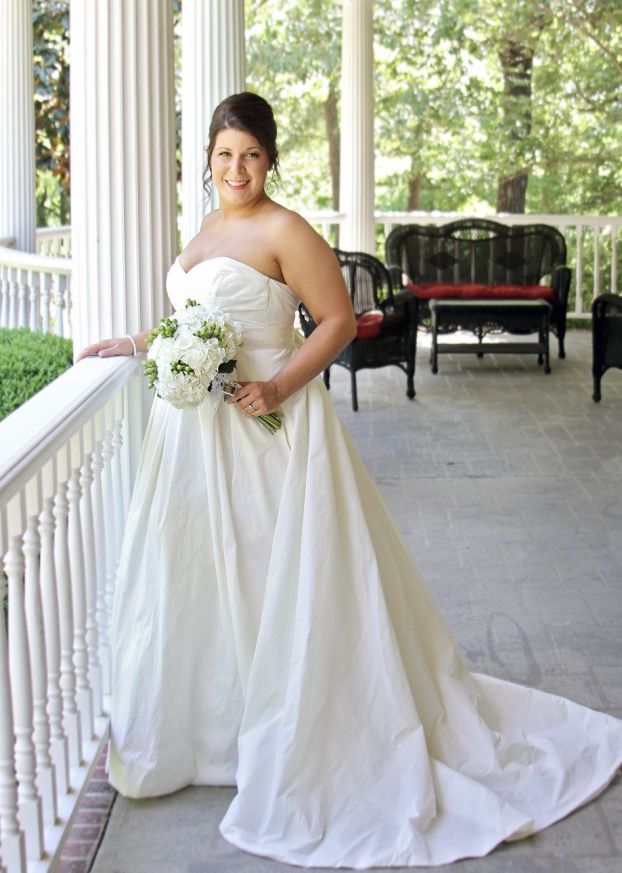 MOUNT PLEASANT — Jessica Ryan Phillips of Huntersville and Marshall Joe Hollingsworth Jr. of Cornelius were united in marriage May 3, 2014, at Saratoga Springs. The Rev. Harold Jordan officiated the 5 p.m. ceremony, which was following by a reception.
The bride was escorted by her father, David Phillips, and attended by Helen McDonald of Reidsville as maid of honor. Her bridesmaids were Montana Fiorella of Cornelius; sister of the groom Anna Hollingsworth of Concord; Caroline Koroly of Cornelius; Ashley Spitler of Huntersville; Alyssa Thompson of Concord; and Joanna Wagstrom of Davidson.
Joe Hollingsworth stood as his son’s best man; and groomsmen were Jake Erwin of Cornelius, Alex Harrison of Davidson, Zak Jenkins of Charlotte and Michael Strickland of Beaufort, S.C.
Ring bearers were Russell Catto of Huntersville and Cole Tomlinson of Mooresville.
The bride is the daughter of David and Robin Phillips of Salisbury and the granddaughter of Evelyn and the late James Morris Sr. of Salisbury and Shirley and the late Donald Phillips of Kannapolis. A 2003 graduate of South Rowan High School, Jessica earned degrees in Psychology and Criminal Justice from Appalachian State University in 2008.
The groom is the son of Joe and Becky Hollingsworth of Cornelius and the grandson of Jack and Betty Knighten of Charlotte and Katy and the late Joe Marshall Hollingsworth of Cornelius. Marshall is a 2004 graduate of North Mecklenburg High School.
Following a wedding trip to Surfside Beach, S.C., the couple are making their home in Huntersville.

SALISBURY ­— Over the past four years, the Singled Out Ministry at First Baptist Church has raised some $20,000 for... read more