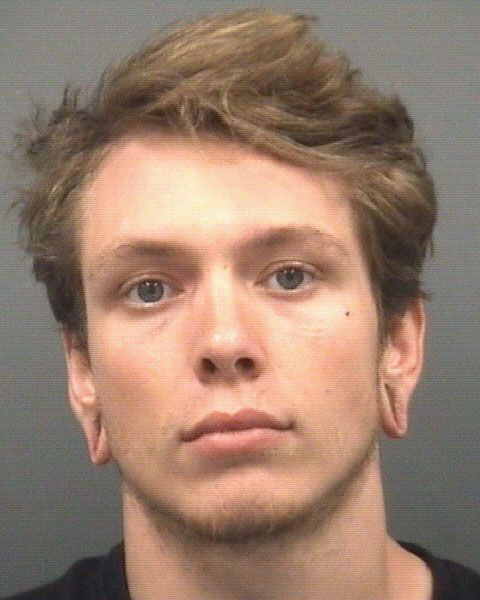 CHINA GROVE — Authorities charged two men Tuesday following a nighttime theft and subsequent car chase through China Grove into Landis. The property owner called 911 as he was following the suspects.
Deputies were called to the 1200 block of Stirewalt Road just before 9 p.m., but received a call that the property owner, Jacob Stirewalt VI, was still following the suspect’s Ford pickup.
A Rowan County Sheriff’s Office deputy began pursuing the suspect, a China Grove officer then took the lead as the chase went through the back streets of the town of China Grove. A Landis police officer then said he was on Main Street in Landis and was making his way to Kimball Road and Main Street.
The Landis officer had two males stopped and in custody when the other officers arrived. The men were identified as Dustin Dale Montgomery, 24, of the 500 block of Benchmark Lane, China Grove, and Joshua Wayne Sheppard, 28, of the 100 block of Tammy Road, Salisbury. Both men were charged with felony larceny, issued a $10,000 secured bond and remain the Rowan County Detention Center. Officials said Sheppard was the driver of the truck.
Stirewalt told deputies he heard the sound of banging metal and when he stepped out of his home he saw two men in the truck leaving from his storage area behind his home. The men had a load of tractor parts and his ladder. He tried to stop them, but they continued to get into their truck. He followed them.
Contact reporter Shavonne Potts at 704-797-4253.