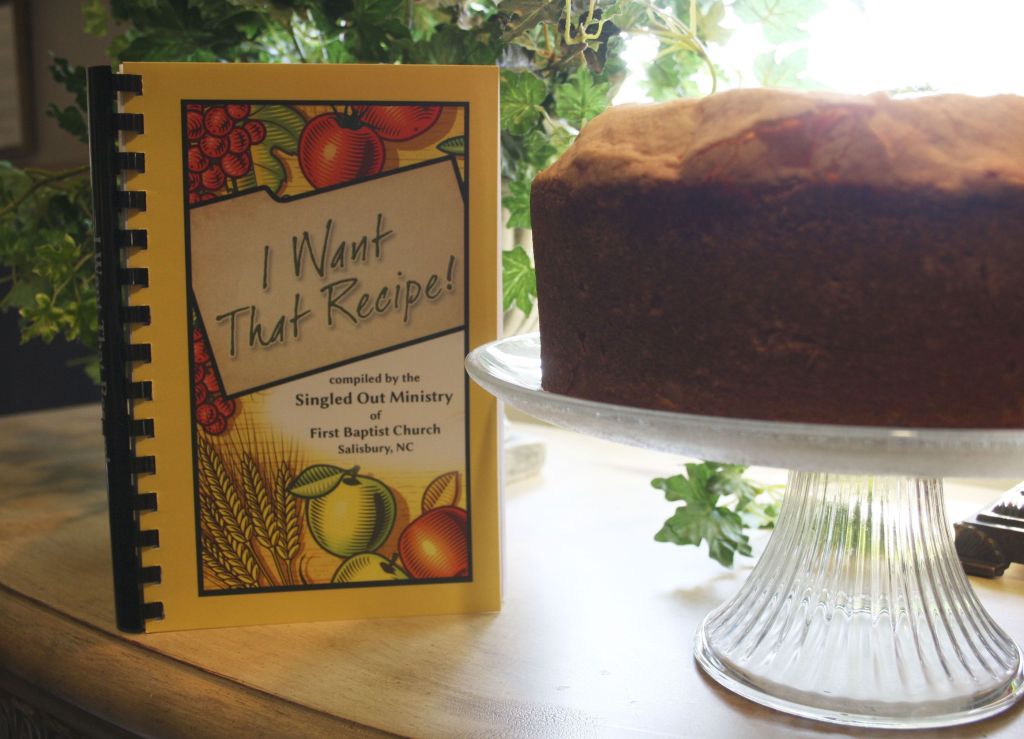 SALISBURY ­— Over the past four years, the Singled Out Ministry at First Baptist Church has raised some $20,000 for missions work.
That’s due to Singled Out’s annual yard sale as well as its own in-house written and produced plays, “Star Search Comes to Mayberry” and “Mayberry Revisited.”
It’s also due to sales from the group’s cookbook, “I Want That Recipe!” The cookbook was published in 2013.
“We worked on it for months,” Joyce Curl says. “As singles, we’d have a potluck, and some of us got spoiled with all the good food. That’s how it all got started.”
And Lou Hamilton’s pineapple casserole got folks saying, “I want that recipe!”
The entire congregation was asked to submit recipes. There are even venison recipes included, a nod to the church’s annual sportsman’s banquet, says the Rev. Rod Kerr, who leads the singles ministry.
Putting together the cookbook, the three agree, required a lot of “P’s”: prayer, patience, people, participation and purpose.
The main purpose of which was to raise money for church outreach programs that are local, regional and global.
Locally, the group participates in projects such as the Communities in Schools book bag collection and packing.
“We’re purchasing 400 book bags for this August,” Joyce says.
Globally, the group has contributed to the churchwide efforts in Haiti and Honduras.
So even though group members start with a loss through being widowed or divorced, Rod says, they find common purpose in working together.
Lou, the “yard sale queen” is preparing for this summer’s yard sale, her sixth year in charge.
“I have a lot of help,” she says with modesty.
The group typically raises some $15,000 to $18,000 on the yard sale alone. It takes place the first weekend in August, and since it’s an indoor yard sale, it’s on rain or shine. Breakfast and lunch are available.
Singled Out members get together once a month for covered-dish dinners. Rod’s email list has 115 members, and anywhere from 25-30 members attend covered-dish dinners and the weekly Sunday School classes.
Members range from 30s on up, Joyce says. “We have a lot more women, of course, and we have affiliate members, too, from other churches.”
The group also goes on outings, from drive-in movie theaters to Seagrove to Friday Nights Out to even a mystery tour.
“We are a family,” Rod says, “we’re not a dating service. We are a regional singles ministry now.”
“People from other faiths can depend on us,” Joyce says. “That means a lot.”
The group also reaches out regionally in its ministry work. They’ve collected clothing for impoverished communities in West Virginia, and collected more than 2,000 caps and coats for male prisoners. They’ve also collected baby supplies, knitting and craft supplies for women prisoners.
“That book helps fund a lot of those things,” Rod says. “It’s feeding in a lot of different ways.”
“I Want That Recipe!” cookbooks sell for $15 each. For more information or to purchase a cookbook, contact the First Baptist Church office at 704-633-0431.