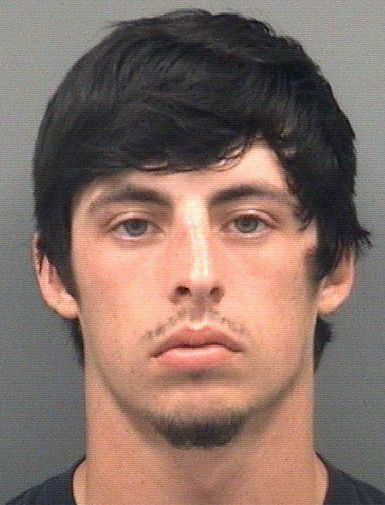 South Rowan High student Tyler Scott Fuller could face nearly 20 years in prison if convicted of the statutory rape of a middle school girl, a judge said Tuesday in court.
Fuller, 18, was charged last week after authorities said he engaged in an ongoing sexual relationship with a 13-year-old girl. The girl was a student at China Grove Middle School, where Fuller was an intern.
Fuller made a first court appearance Tuesday with his attorney, Rick Locklear of Landis. District Court Judge Charlie Brown explained to Fuller that, if convicted, he could receive a maximum of 19 years and three months in prison. He is scheduled for a July 23 probable cause hearing.
China Grove police were alerted after the China Grove Middle School principal told the school’s resource officer he’d received information that an intern from the high school was believed to be having an inappropriate relationship with a student.
Investigators said inappropriate text messages, in the form of photos, were shared between Fuller and several other minor students at the school. Police then learned of Fuller’s alleged relationship with the girl. The offense occurred off school property, China Grove officials said.
Fuller is accused of having a relationship with the girl from the beginning of March to May 9, a statement said.
Investigators said there may be more charges involving other victims.
Fuller was an all-county baseball player in 2013 and is currently an all-county swimmer. He was accepted to Belmont Abbey College where he planned to play baseball.
“We take it very seriously,” said Rowan-Salisbury Superintendent Dr. Lynn Moody, adding that school personnel turned the case over to police immediately.
“We certainly want to collaborate with the police, and we have,” she said.
While Moody believes the district will continue to have high school interns serve in middle schools, she said they will look their policies and see what, if any, changes need to be made.
“We haven’t looked at it yet, but we will,” she said.