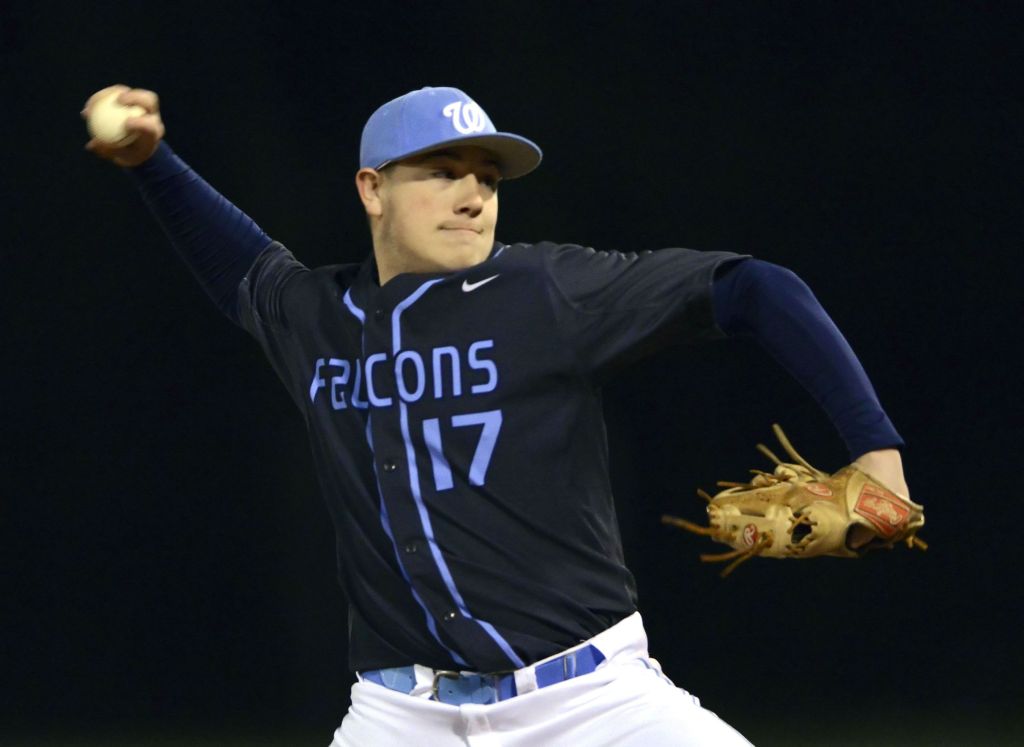 MOUNT ULLA — It’s not true that West Rowan senior Michael Ball pitched with a broken mirror in one pocket and a black cat in the other, but it is true that if it weren’t for bad luck, Ball would have had no luck at all.

A three-year starter for West, Ball wrapped his high school pitching career with a nice 18-9 record, but it could’ve been something like 25-4 if the wheel of good fortune had spun his way occasionally.

It was like it was Friday, the 13th, every time he toed the rubber.

As a senior, Ball suffered a 1-0 loss to Carson on an error. Against Concord, Ball struck out 12, allowed no earned runs — and lost. He pitched a complete game against South Piedmont Conference champ East Rowan — and lost. There also was a game in which he baffled West Iredell for nine innings but received no decision when the Falcons waited until the 10th to pull it out.

“Ball has pitched well for us, not just this year, but since his sophomore year,” said Chad Parker, who coached Ball throughout his career. “He’s been a big part of who we’ve been, but he just hasn’t had a whole lotta luck at times.”

The best thing about luck is that it’s subject to change, and as long as Ball is still swimming forward against the tide, there’s a chance things could turn around.

He’s pitching now for the Mocksville American Legion team and he will be on the All-Rowan County baseball team, which was a difficult squad to make, for the second time. This fall, he’ll head to Catawba Valley Community College to pitch and continue his education.

A tall right-hander, Ball was 7-2 as a sophomore, 6-3 as a junior, and 5-4 this year. What pushed him over the hump as far as all-county, was his bat. It was the first time he’s really gotten a chance to swing regularly and he batted .367 with three homers and 12 RBIs. He played a decent left field when he wasn’t on the mound.

“I was grip-it and rip-it as a hitter,” Ball said with a laugh. “I just tried to make the most of my chances to swing.”

He powered a grand slam against SPC opponent Central Cabarrus on one of those chances.

Ball also had some moments on the mound where things went his way. He threw a complete game to beat South Rowan, fanned 10 in just four innings against Northwest Cabarrus, and won the final game he pitched in high school when he beat Hickory Ridge in West’s regular-season finale.

Ball’s final senior pitching numbers included 67 strikeouts in 62 innings with just 14 walks and a 1.35 ERA. Ball had command of a good fastball, and there were nights when his curveball caused hitters a lot of trouble.

“I’ve had a pretty good curveball a long time,” Ball said. “I remember (East catcher) Dustin Ritchie hitting a curveball hard, but not many people did that this year.”

Now it’s CVCC time for Ball, a program in Hickory which also successfully recruited Carson catcher Bryson Prugh. With any luck, Ball will pitch for the Red Hawks for two years and then move on to a four-year program.

“I’m excited he’s getting an opportunity because he’s earned it,” Parker said. “It’s not like we had to sell anything that’s not there. He’s got a chance to be good.”