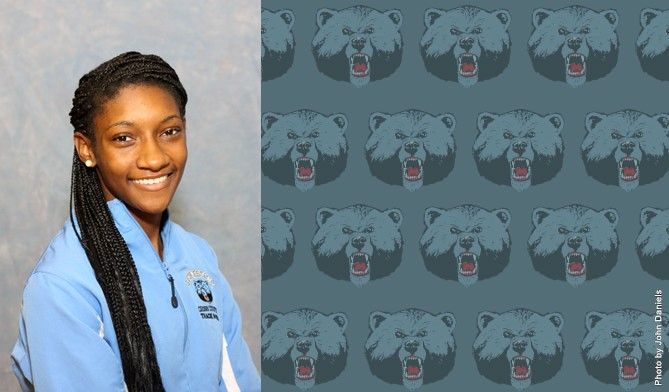 Staff report
Allendale, Mich. ­ — Livingstone junior Quanera Hayes successfully defended her title as 400-meter champion at the Division II National Championships hosted by Grand Valley State.
The sprinter began her three-day test by running 53.81 seconds in the preliminary round of the 400 on Thursday evening. She had the second-fastest time.
On Saturday, Hayes ran a season-best 51.91 to defend her 400 title. Hayes was the favorite going into the meet having run 52.49 earlier in the season. Hayes won the 400 in 51.53 as a sophomore.
Hayes also was able to run a time of 23.70 in the finals of the 200 later on Saturday to place fifth in that event.
Hayes was honored with her ninth and 10th All-America trophies in her three years at Livingstone.
Hayes’s goal now is to become only the second three-peat 400 meter champion in Division II history as a senior.
A native of Hope Mills, which is near Fayetteville, Hayes scored 14 points and enabled Livingstone’s women to place 18th.
The team national championships in Michigan went to Lincoln (Mo.) women, with CIAA school Johnson C. Smith second.
St. Augustine’s, another CIAA school, made it back-to-back titles on the men’s side. Adams State (Colo.) was second.
The St. Augustine’s men also have won the last two indoor national championships and have accumulated 35 national titles in track and field.