Mother and Daddy: A love story 50 years in the making 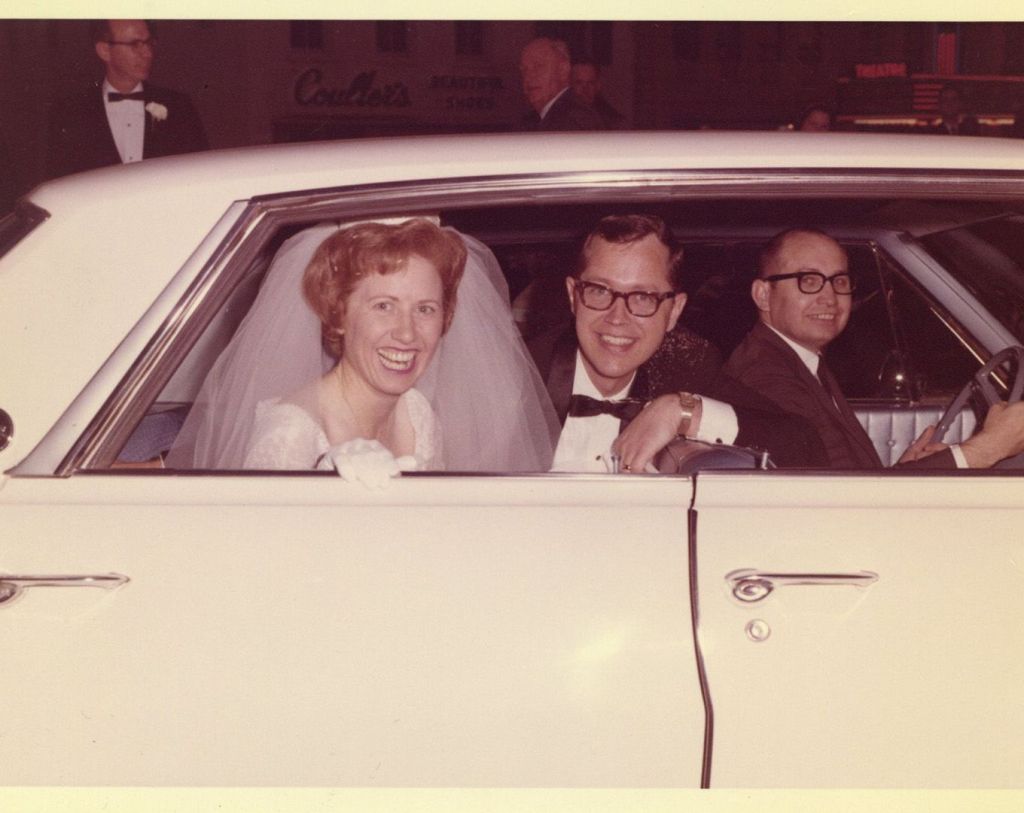 In the spring of 1964, my mother (who was not yet my mother) threw open her front door one evening to find my father (who was not yet my father) standing on her doorstep.
“I cannot BELIEVE this!” Mother said, or words to that effect.
It seems the local dry cleaner was having a contest, and if they posted your name, you would win $200. It was a lot of money back then.
Daddy had said, “Oh, don’t bother to enter, they won’t draw your name,” or words to that effect.
You can guess what happened.
My mother was pretty furious about this. If you’ve ever seen my mother get mad, you know what I am talking about.
“Maybe this will make you feel better,” Daddy said, reaching into his pocket and pulling out a little black box.
He’d been carrying that box around for a couple of weeks and — in that moment — finally got up the nerve to give it to her.
It was the only time in her life that my mother was speechless.
“Oh! You should have seen the flurry of activity that started!” Daddy says now.
“We don’t need to talk about that,” Mother says.
The two were married three months later, on May 16, 1964, at First Baptist Church in Kannapolis, by the Rev. Charles Coffey.
They left that evening headed for the mountains, but, after spending the night along the way, got up the next morning and decided to go to the beach instead. If you know my daddy and the way he plans vacations, you know what I am talking about.
Mother woke up that first morning to hear Daddy whistling “I’ve Grown Accustomed to Her Face” while he was shaving. “My Fair Lady” had come out that same year.
Because they married so late in life, they laughed that they’d never have to worry about celebrating their 50th anniversary.
You can guess what happened.
Along the way, they had a daughter (me) and a grandson (my Andrew). A few years ago, they started saying, “You know, we think we can make 50 years.”
It was so cute. It was like they were in training or something, which I suppose they were. Although Mother gave up running outside when she turned 80 — she had run 500 miles a year the three years previously — she still faithfully goes to the Y four mornings a week.
The Y was what brought Mother to Kannapolis in the first place. I see Wally Safrit twice a month at the Kannapolis City Council meetings. He’s the city attorney.
“I was just a kid when your mom came to town,” he told me one night after a recent meeting. “She was a petite redhead who always had a smile. She was a hard worker. She was well-liked by the community. I remember her smiling and happy. She reminds me a lot of you, actually.”
Daddy worked for Scottish Bank in China Grove, which became First Union. People remember him as quiet and friendly and well-dressed and good-looking, all of which he still is.
The past few weeks, however, he has not felt so great. He’s had problems with his blood pressure and his blood sugar — the kind of problems you get when you are fixing to turn 87, and you have not gone to the Y four mornings a week like other people.
So for awhile, it was pretty touch and go as to whether we would be able to celebrate this grand accomplishment.
He perked up a little bit last week, though, enough that Andrew and I could go ahead with our plans to take him and Mother to Ivan’s, our favorite restaurant.
The day before, I told him, “Now, Daddy, there may just be a few people there that we know, having dinner the same time we are. But there’s no cake and no flowers and no balloons and no confetti. But don’t tell Mother. I want it to be a surprise for her.”
“OK,” Daddy said. “Whatever you think.”
We arrived at Ivan’s right on time. Joe directed us to the back room. I threw open the door to a room full of smiling faces.
You can guess what happened.
I’m not sure, but I may have gotten the same look Daddy got 50 years ago about that dry cleaner’s contest. But with Carol, Harvey, Susanne, Martha, Pat, Ann and Krista there, I know she wouldn’t be “ugly” about it. Whew!
It was a great evening.
Daddy made it to church last Sunday, too, after an eight-week absence. I was especially glad because Evelyn, Andrew and I had placed flowers in their honor.
A couple of days ago, I got a note from Mother.
“You are indeed our precious daughter!” she wrote. “We love you and every day appreciate all your do for us. Lord, give all of us patience and love for the days ahead.”
We may not have 50 more years together, but I am indeed grateful for each day we do have left.

Freelance writer Susan Shinn lives in Salisbury — right next door to her parents.

A Parade of Hats today at Whosoever Will Let…