Two accused of swiping goods up and down East Coast 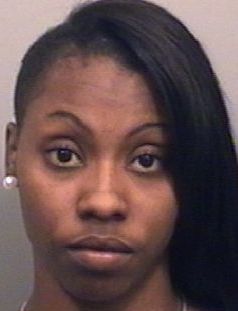 Kannapolis Police have charged two New York women suspected of shoplifting thousands of dollars worth of goods from stores up and down the East Coast. Investigators said the two tried to steal more than $6,000 worth of electronic equipment from a Kannapolis Target.
Police charged Shiann Marie Johnson, 22, of the 70 block of Thompkins Avenue, Brooklyn, and Destiny Elaine Williams, 19, of the 700 block of Lafayette Avenue, Brooklyn, with felony larceny by deactivating anti-shoplifting device, felony organized retail theft, unlawful concealment, identity fraud, trespassing and resisting public officers. Both women were placed in the Cabarrus County jail, each under a $300,000 secured bond.
Officers were alerted to the suspects on Sunday when a Target Loss Prevention Agent at the 6150 Bayfield Parkway in Concord called regarding two women who were in the store possibly stealing merchandise, a statement said.
The store agent indicated he was familiar with these subjects. He told officers they had been stealing large amounts of merchandise all over the East Coast but no one had been able to apprehend them.
Once officers arrived on the scene, they established a perimeter around the outside of the business. The Loss Prevention Officers tried to stop the women inside the store, but the two ran. One woman made it out of the business, was chased on foot and caught near Buffalo Wild Wings Restaurant. The other suspect was caught inside the store.
Police determined the women removed a filing cabinet from a box and were using the empty box to conceal stolen items. They resealed the box and attempted to proceed through checkout with the stolen goods. The suspects attempted to steal $6,143 in electronics.
Both suspects provided officers with several fake names. However, after several hours of investigating and contacting multiple sources, the suspects were finally identified. Johnson was wanted from police in Knightdale, Mooresville, New York, New Hampshire, South Carolina and Georgia for the same type of thefts, the statement said.
“We have received numerous calls from Target and CVS Corporation thanking us for arresting theses suspects. We discovered they are part of a shoplifting group that has stolen over $200,000 in merchandise from various businesses all over the east coast,” Kannapolis Police Chief Woody Chavis said.
“This was great work by our officers, not only did they apprehend the suspects but officers immediately knew they had fake ID’s and took the initiative to follow up and make positive identification. We then were able to share this information with other agencies that had similar cases,” he said.
Anyone with information regarding this incident is asked to contact the Kannapolis Police Department’s Criminal Investigations Division at 704-920-4001 or Cabarrus Area Crime Stoppers at 704-932-7463.