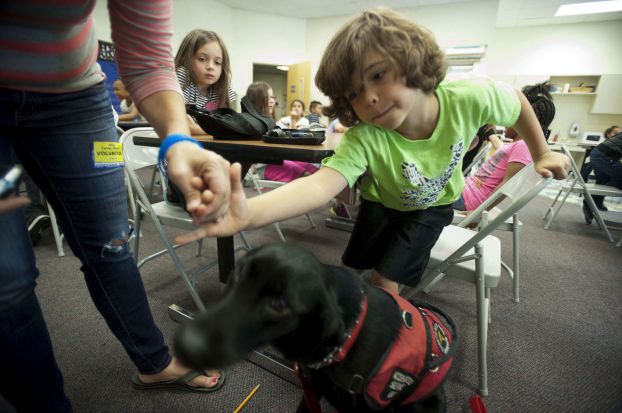 Meter, a diabetes alert dog, fits right in with first-grader at Winecoff Elementary