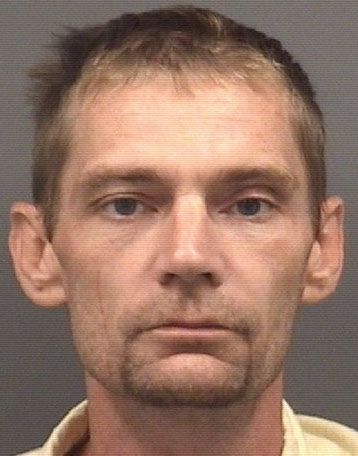 Rockwell man tries to escape after being charged

A Rockwell man faces numerous charges, including breaking and entering and attempted escape following a foot chase.
On May 22 at the magistrate’s office in Salisbury, Ronald Brian Pritt, of Percy Lane, Rockwell, fled while handcuffed as deputies were processing him. A deputy spotted him outside the fence at the magistrate’s office and went back through the office to try and catch the suspect. Another deputy returned him to custody.
According to the report, Pritt, who was handcuffed behind his back, had stepped over the handcuffs and jumped the fence. Deputies then secured the handcuffs to a holding bar and shackled him. Pritt was given $5,000 bond for the escape. He complained of a hurt ankle and deputies took him to Novant Health Rowan Medical Center where he was treated and released.
Pritt had been brought to the magistrate’s office on charges of felony breaking and entering, felony possession of burglary tools and misdemeanor resist, delay or obstruct an officer. Additionally, he was charged with misdemeanor larceny, misdemeanor injury to personal property, misdemeanor contributing to the delinquency of a minor and misdemeanor failure to appear.
Pritt is accused of breaking into a home on Dogwood Drive in Rockwell, where he allegedly broke a glass pane in a door to gain entry. The report indicates Pritt had a 15-year-old with him at the time, leading to the delinquency charge. Pritt ran from the scene and hid in a bush, the report said, while a deputy was investigating.
Pritt was charged May 14 with taking a leaf blower from Ace Hardware in Rockwell. The failure to appear charge is for a missed court date on charges of misdemeanor larceny and misdemeanor resisting a public officer. He’s also accused of taking a soundbar from Walmart in Concord.
He being held in the Rowan County Detention Center under a total bond of $59,500.

ROCKWELL — You can’t go home again, but 17 East Rowan and Carson high school seniors proved you can at... read more