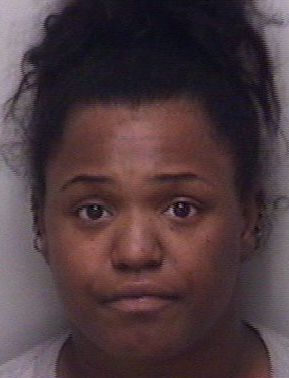 Police said a case of road rage landed a Salisbury woman in jail after she threatened another woman who she said cut her off.
Salisbury Police charged Shale Monique Glenn, 21, of the 700 block of Bringle Ferry Road, with misdemeanor resist, delay, obstruct an officer. Glenn has since been released from the Rowan County Detention Center under a $500 secured bond.
Police responded to Waffle House at 501 East Innes Street for a disturbance with two women. Officials said a woman reportedly cut Glenn off when they were driving into the Wendy’s restaurant parking lot. Somehow the two women were both at Waffle House. The woman in the car was inside the restaurant and Glenn along with another woman yelled out to her.
A report said Glenn yelled “don’t make me pop my trunk,” to the woman inside Waffle House. When police arrived Glenn gave them permission to look inside her trunk, but not to search through it. She repeatedly refused to give officers her name. When an officer told Glenn she was under arrest, she pulled her hand back and refused to be handcuffed.
Police struggled to get her into handcuffs and eventually used the Taser’s drive stun, a mode that doesn’t incapacitate but causes pain. There was little in her behavior following the drive stun so officers took Glenn to the ground where they were finally able to place handcuffs on her.
Contact reporter Shavonne Potts at 704-797-4253.