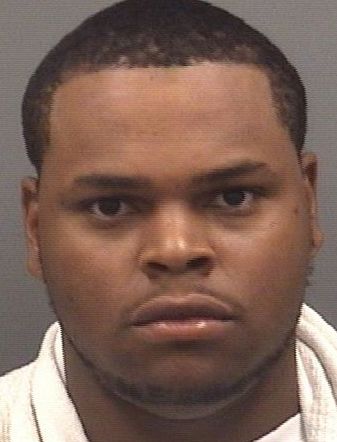 Kannapolis man leads authorities on chase, girlfriend tries to help him get away

Rowan County authorities charged a Kannapolis man following a car chase at a license check point on Lentz Road. His girlfriend was also cited after officials said she drove in front of deputies in order to prevent them from apprehending him.

The Rowan County Sheriff’s Office charged Haywood Demarcus Forte, 23, of the 200 block of North Little Texas Road, with felony fleeing to elude arrest, felony obstruction of justice, driving while license revoked, fictitious information to an officer and littering. He was issued a $25,000 secured bond.

Officials cited Danailza De La Rosa, 22, of the 3900 block of Pintail Drive, Concord, with aiding and abetting fleeing to elude arrest, and careless and reckless driving.

The checkpoint was set up Friday at Lentz Road at the Interstate 85 overpass when a white Toyota Highlander approached. The driver could not produce a driver’s license and asked to pull off to the side of the road. He was the only one in the vehicle.

The deputy went to the driver’s window to get the registration and the driver drove off. The deputy began in pursuit of the vehicle, which traveled on U.S. 29 through China Grove, Landis, Kannapolis and into Concord. The vehicle pulled into the parking lot of CVS Pharmacy near Central Drive and U.S. 29. The driver began circling the building. On the third circle, a Toyota passenger car pulled off Central Drive in front of the deputy and stopped. Forte eventually stopped and was arrested.

During the chase, Forte threw several bags out of the window, believed to be narcotics. However, officers were unable to recover any of the items thrown out.

Forte was convicted of driving while license revoked, drug possession, assault on a female, and assault by strangulation.