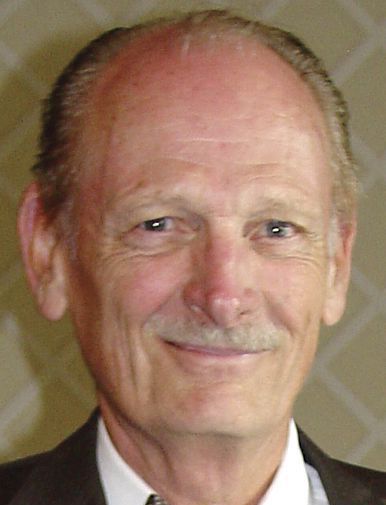 SALISBURY — Led by Jim Duncan, a behind-the-scenes effort has started for Rowan County to address human trafficking — when men, women and children are used for labor, trade and sex.
“It’s a worldwide problem,” said Duncan, past chairman of the Rowan United Way campaign, “but my heart is Rowan County. … I just know I need to do something.”
He compared human trafficking to “modern-day slavery.” The National Human Trafficking Resource Center says the practice is a $32 billion industry with 4.2 million victims.
Duncan and others have scheduled a meeting from 10 a.m.-noon June 3 at the Salvation Army headquarters, 620 Bringle Ferry Road, to hear a presentation on human trafficking from the Raleigh FIGHT movement.
The meeting is open to the public.
FIGHT stands for Free Individuals who are Gripped by Human Trafficking.
An official definition of human trafficking is “the recruitment, transportation, transfer, harboring or receipt of (people) by means of the threat or use of force or other forms of coercion, of abduction, of fraud, of deception, of the abuse of power or of a position of vulnerability or of the giving or receiving of payments or benefits to achieve the consent of a person having control over another person, for the purpose of exploitation.”
Chasy Morse of the Salvation Army says there’s evidence of sex and labor trafficking, primarily among immigrants, in Rowan County.
“It’s happening right underneath our noses,” Morse said at a Wednesday morning advisory board meeting of the Salvation Army.
The Salvation Army will serve as a lead agency in addressing the human trafficking problem, which Duncan first started investigating about a year-and-a-half ago.
Since then, he has met with Lt. Joshua Morse of the Salvation Army in Rowan County and had discussions with the Salvation Army captain from New Bern. Several Rowan Countians also took a trip to Raleigh to meet with Raleigh FIGHT representatives.
In addition, Duncan has met with the Rowan County Department of Social Services, Novant Health Rowan Medical Center, Sheriff Kevin Auten and a local attorney.
“We’re starting to put together a team,” Duncan said.
He also has had contact with the Triad Ladder of Hope, now based in Thomasville but looking to move to Salisbury. Duncan said there have been discussions of establishing a safe house here, along with a permanent office, executive director, case worker and minivan.
Duncan personally has been creating a policy and procedures manual and a business plan for a Project Fight team in Rowan County. He also is looking at ways to help train law enforcement in the human trafficking issues.
Josh Morse said Duncan’s and the Salvation Army’s effort is proactive.
“We’re going to try and cut the head off the snake before it’s able to bite,” Morse said.
U.S. Rep. Richard Hudson, R-N.C., voted Tuesday in favor of a series of bipartisan anti-human trafficking bills, which would increase protection for the victims of human trafficking, hold buyers and sellers engaged in sex trafficking accountable for their crimes and streamline law enforcement resources.
“Human trafficking and sex slavery are horrific tragedies that destroy lives and plague communities all over the world,” Hudson said. “Last week, I hosted a summit on this very issue to raise awareness in our community about this practice and discuss ways that we can unite as a community to put an end to this egregious crime.”
The following indicators sometimes are clues to help identify victims of human trafficking:
• The person is accompanied by a controlling person or boss and does not speak on his own behalf.
• The person has little or no control over his personal schedule, documents, money or identification.
• The person is transported by an employer to and from work or lives and works in the same place.
• The person owes a debt to an employer or crew chief and cannot leave a job.
• There are signs of physical abuse, depression, fear, or he or she is overly submissive.
Duncan said there is a National Human Trafficking Resource Center, which can help determine whether what someone has encountered is human trafficking, then help identify the local resources to meet potential victim needs.
The national hotline number is 1-888-373-7888.

Telka Gullett of Salisbury provided this photograph, which came from the late Nell Leonard’s estate. Nell Leonard was married to... read more