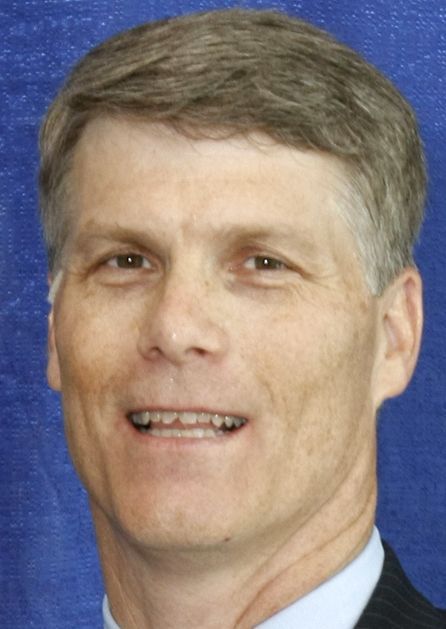 Catawba College has appointed a new athletic director. Larry W. Leckonby, who has served as the director of athletics at The Citadel since July 2008, will begin work at Catawba on June 23.
Leckonby has an extensive background in college athletics. His prior experience includes service in senior athletics administration roles at the University of Maryland, the University of Houston, Boston College, Old Dominion University and Boston University.
“Larry’s breadth of experience is impressive, but it is his passion for athletes as students that made him such a desirable candidate for us,” said Catawba College President Brien Lewis when he announced Leckonby’s hiring. “He believes in Catawba’s mission of preparing the whole student as a formidable competitor on the court or field and as an engaged mind in the classroom. We certainly look forward to putting his many and varied talents and perspectives to work for Catawba.”
Leckonby said he felt privileged at this point in his a career to make a move to a Division II school like Catawba where he would have a chance to get to know the student-athletes as individuals. “So much of my career has been spent in an administrative role at Division I schools, where the athletics budgets are large, but where the opportunity to engage on an individual level with students is small. I look forward to one-on-one engagement with Catawba’s coaching staff, its student-athletes and with all of those who support the athletics program.”
Prior to joining The Citadel, Leckonby served as executive senior associate director of athletics and CFO at the University of Maryland, College Park, from September 2002 through July 2008. There, he reported to the Director of Athletics Debbie Yow and oversaw the athletic department’s annual $54 million operating budget. He also supervised capital projects, including final planning for a $50.8 million expansion of the football stadium, expansions to the Gossett Football Team House, six new grass and field turf practice fields, renovation of the track, and construction of the field hockey and lacrosse complex.
His tenure at the University of Houston began in January 1998 with his service as senior associate director of athletics and CFO. He reported to two different directors of athletics during his four years there and had responsibility for the daily administration of the athletic department. He briefly served as interim director of athletics at the University of Houston between September 2001 and February 2002.
Other positions he has held include associate director of athletics for business affairs at Boston College from July 1993 to January 1998, assistant director of athletics/finance and operations at Old Dominion University between September 1988 and July 1993, and athletic ticket manager and assistant athletic business manager at Boston University between May 1982 and August 1988.
He holds a bachelor of science degree in management from Duke University, and his master of science degree in athletic administration from the University of Massachusetts. He has been an active member of the National Association of Collegiate Directors of Athletics/College Athletic Business Management Association (NACDA/CABMA) since 1985.
In the recent past, he has served on several committees of the Southern Conference, including the baseball committee from 2013 to present, the audit committee from 2008 to present, the finance committee from 2012 to present, and has chaired the women’s soccer committee from 2013 to present, the men’s and women’s officials committee from 2010 to 2013, and the cross country / track and field committee from 2009 to 2012. Since 2010, he has also served on the board of the Gavalas-Kolanko Foundation in Charleston, S.C.
Leckonby’s wife, the former Cris Snarsky, is a special needs teacher in Charleston, S.C. The couple has three children, daughters Hunter and Katie and son William.