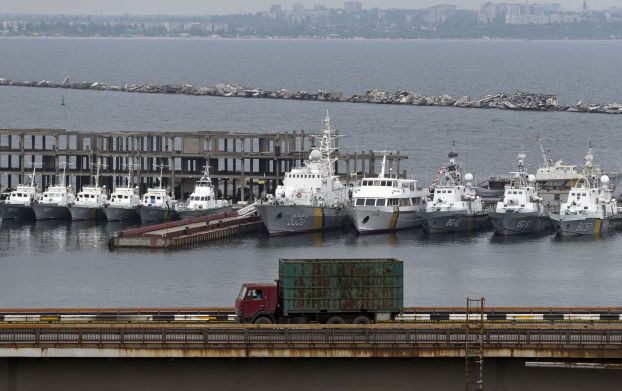 Your daily look at late-breaking news, upcoming events and the stories that will be talked about today:
1. CALM IN BANGKOK AS MILITARY DECLARES MARTIAL LAW

Thailand’s armed forces, which staged 11 coups in 80 years, take charge of security after weeks of unrest.

2. WHO IS GETTING A DIPLOMATIC BOOST IN BEIJING

Putin’s state visit to China aims to bolster ties between the two countries at a time when Moscow is facing isolation in the West.

3. WHY CYBER SPYING IS CAUSING A RIFT BETWEEN WASHINGTON AND BEIJING

China responds to espionage charges the U.S. filed against five of its military officers by halting cybersecurity cooperation with the Obama administration.

4. U.S. PROMISES NOT TO USE VACCINATION PROGRAMS AS COVER FOR SPYING

The CIA, which used a hepatitis vaccine campaign to hunt Bin Laden in Pakistan, decided to halt this practice because of public health community’s concerns.

Dozens have started applying for marriage licenses after a judge invalidated the state’s ban on same-sex marriage.

6. WHICH BANK IS ACCUSED OF HELPING AMERICANS EVADE TAXES

7. UKRAINE URGES CITIZENS TO FOOT THE BILL FOR ITS NAVY

The restive country’s fleet is left in tatters after Russia annexed Crimea, its key base.

8. THE RIGHT SWIPE CAN LEAD TO MR. RIGHT

Romance is a few taps away via new smartphone dating apps.

Local governments in 16 states are using the technology, and Vermont has become the first to offer it statewide.

10. SCIENTISTS FIND WHAT COULD BE THE LARGEST DINOSAUR EVER DISCOVERED

The titanosaur, which was as tall as a six-story building, will require a new museum to house it once it’s fully excavated and put together.

Telka Gullett of Salisbury provided this photograph, which came from the late Nell Leonard’s estate. Nell Leonard was married to... read more