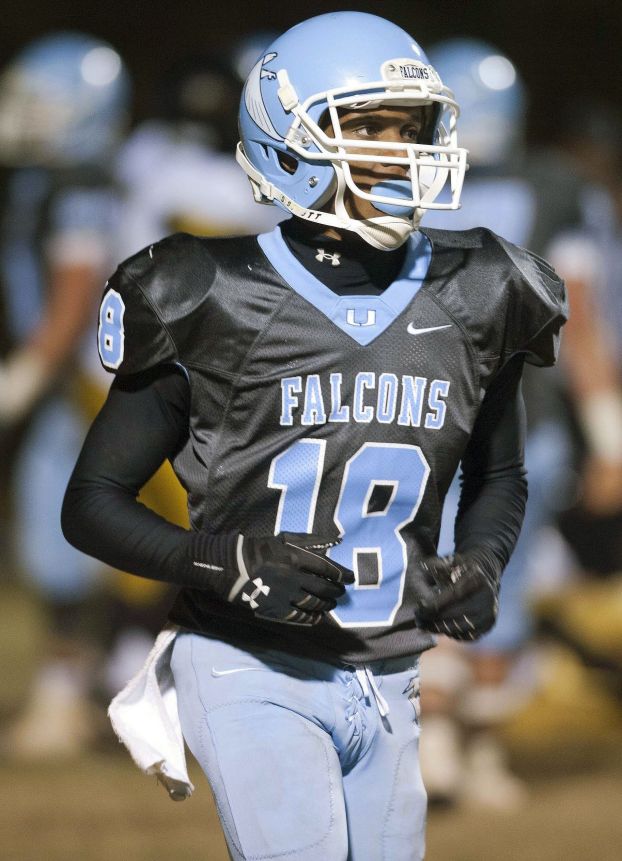 MOUNT ULLA — He’s not the fastest in the county for 100 meters, but as far as the distance that’s relevant in football — 40 yards — West Rowan senior Chris Patterson probably is as quick as anyone in the senior class.

“I guess you’d say I have really good acceleration,” said Patterson, trying to quietly explain his special gift without bragging about it. “I get to top speed very quickly.”

In a county with lots of lions and tigers, Patterson is a cheetah. In a word, Patterson, who is headed to Mars Hill, is explosive.

“Any time a kid gets to use athletics to get an education it’s a great day,” West football coach Scott Young said. “Chris had his ups and downs in football, but there also were times he was the most dynamic guy on the field. In track, he’s been very dominant, so he’s got a lot of possibilities.”

Patterson is not big at 5-foot-9, 160 pounds, but 4.4 40s are routine for the receiver, and his recruiting profile indicates he’s turned in some 4.3s. Not surprisingly, given his acceleration and relative lack of size, he’s better known for his accomplishments in track than football, but he’s going to get a chance to do both sports at the next level.

Mars Hill, which competes in the D-II South Atlantic Conference, recruited Patterson mostly for what he can do for the Lions’ track program, but he’ll also get a shot at helping the Lions in football.

“Initially, it was just track, but we also sent them football tape and when they saw that tape they wanted me to be on the football team also,” Patterson said. “It’s basically a full ride now.”

The triple jump is Patterson’s best track event. It combines his explosiveness with hard work on technique.

“Coach (Ralph) Ellis has worked with me a lot on it,” Patterson said. “The biggest thing has been a training method of bounding the length of the football field — and then back. I was just all right before, but that workout has given me extra feet.”

Patterson’s best triple jump this season came in the Rowan County Championships. He won with a personal-record 45 feet, 11 inches. He placed second in the long jump, an event where his P.R. is 21 feet, 10 inches, losing to teammate Raykwon Torrence by an inch.

In the South Piedmont Conference Championships, Patterson won the triple and was third in the long jump.

Patterson was a regional qualifier in the 110 hurdles as well as the jumps. His effort of 44-2 won the triple in the 3A Midwest Regional and he placed fifth at 44-5 in Friday’s 3A State Championships.

“I really think I’ve got 50 feet in me,” Patterson said. “I’ll compete in both jumps in college and maybe hurdles.”

As far as football, Patterson’s wheels and excellent strength for his size, give him a chance to contribute.

“Probably special teams, but they’re also going to look at me as a a slot receiver,” Patterson said.

Patterson’s senior football season started late because of a shoulder injury, but he debuted with a two-TD night against Salisbury.

“I just wanted to show I could still make an impact,” Patterson said.

He added a game against South Rowan in which he had four catches for 139 yards and two TDs. Young said his favorite Patterson moment came his junior year.

“We were down at halftime against Statesville,” Young said. “But Chris made a big play early in the second half to turn a deficit into a lead. Even though we lost, that was one of the plays of the year.”

Patterson ran a stop-and-go route on that play and QB Tyler Stamp found him for a 70-yard touchdown.

Patterson, who plans to become a personal trainer or teacher/coach, is capable of more big plays in college.

“I felt at home when I visited Mars Hill,” he said. “I believe I can do great things.”

GREENWOOD, S.C. — A tough-luck bounce on a ground ball ended Catawba’s season Saturday night in a 6-5 defeat in... read more