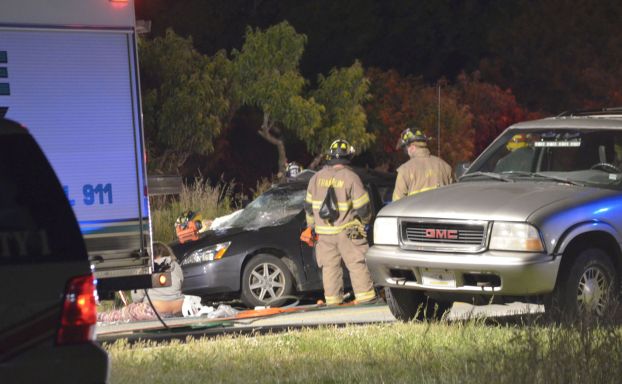 UPDATE: N.C. Highway Patrol officials have identified the victim of a fatal Woodleaf Road crash as Jatara Moore, 22, of Salisbury. Moore was the passenger in a Honda Accord that collided with a sport utility vehicle, Sunday night.
Officials said the driver, Amber Pruitt, 20, left the road, overcorrected the vehicle and skidded across the road to the left. Pruitt was traveling east on Woodleaf Road while the SUV, driven by James Stockton, 45, was traveling west on Woodleaf Road. The Honda crossed both lanes into the center line and collided with the SUV. The passenger’s side, where Moore was sitting, received the impact. Pruitt has been charged with misdemeanor death by vehicle.
There were three others in the Honda — a 4-year-old male, an 18-year-old female and a 24-year-old female — whose names were not immediately available. A passenger, a 12-year-old male, was riding in the SUV. His name was not available. All of the people involved in the crash were taken to Novant Health Rowan Medical Center.
It is not clear what caused the crash, officials said.
By Hugh Fisher
hfisher@salisburypost.com
SALISBURY — Five people were hospitalized, and one pronounced dead at the scene, following a car crash on Woodleaf Road on Sunday night.
The crash occurred just before 9:45 p.m. at the intersection of Woodleaf Road and the service road that leads to a nearby restaurant and gas station off Statesville Boulevard.
The crash involved a Honda Accord and a black sport utility vehicle. The SUV sustained heavy damage to the front end and the Honda was impacted on the passenger side.
The SUV came to rest off the north side of Woodleaf Road.
The first call for emergency response went out at approximately 9:45 p.m.
A Rowan County Emergency Services dispatcher refused to confirm the exact time of the call, referring a Post reporter’s inquiry to the N.C. Highway Patrol.
According to emergency radio traffic, four of the injured were described as ages 4, 12, 18 and 19. No identities were available Sunday evening.
Another patient refused emergency medical care.
Woodleaf Road was shut down between Holly Avenue and North Jake Alexander Boulevard for over an hour.
Numerous bystanders gathered along the side of the road as emergency crews worked to free a pinned passenger, who was reportedly deceased.
Franklin and Salisbury fire departments responded, as did Rowan County EMS, Rowan County Rescue Squad, Salisbury Police and the N.C. Highway Patrol.
Contact Hugh Fisher via the editor’s desk at 704-797-4244.