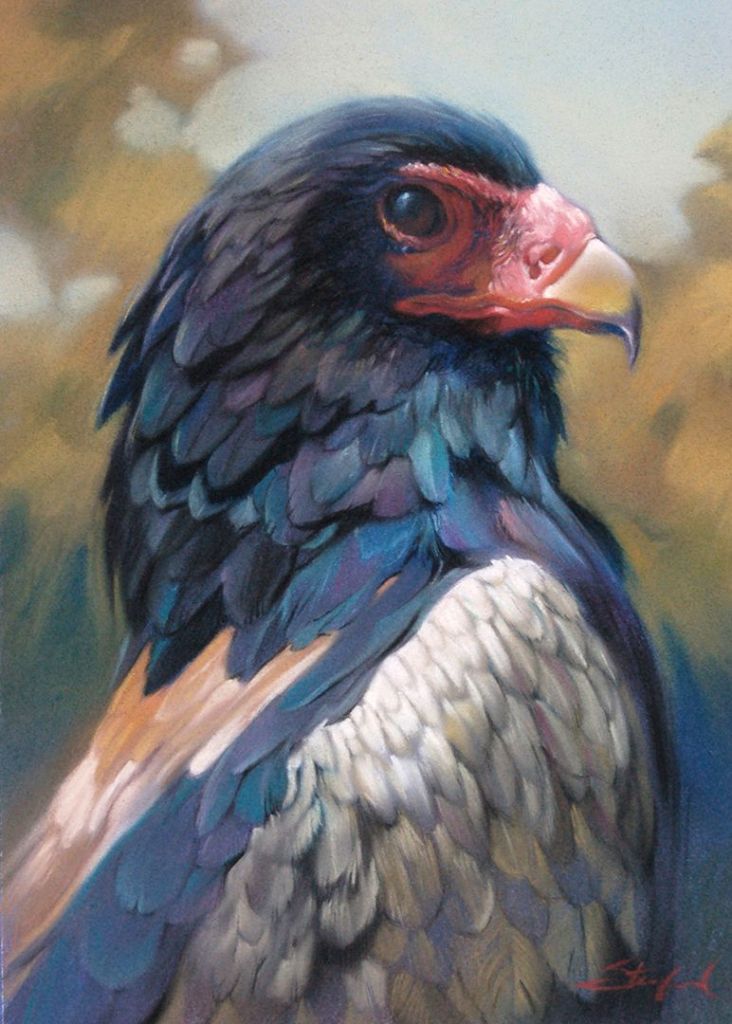 Kannapolis artist wins first place, $750 in statewide competition
Walter Stanford, a Charlotte-area artist and graphic designer based in Kannapolis, was awarded first place and a $750 cash prize by the Piedmont Pastel Society of North Carolina on Friday, May 9 in recognition of his pastel painting, “The Bateleur Eagle.”
The painting won first place in a field of 251 competing entries from artists throughout the eastern USA, in the 2014 NC Statewide Pastel Juried Exhibition, On Common Ground 2014: Pastel Painting from the Mountains to the Sea.
The competition, held annually and in its third year, is open to the members of three groups: The Piedmont Pastel Society, The Appalachian Pastel Society and the Pastel Society of NC.
The subject of Stanford’s award-winning painting is a Bateleur Eagle, a raptor native to the African continent. This particular bird lives at the North Carolina Zoo in Asheboro, where Stanford observed and photographed it. He is known for his intricate, colorful use of pastel, and his paintings of animals.
‘On Common Ground 2014: Pastel Painting From The Mountains To The Sea ‘ is on display at the Cornwell Center located at Myers Park Baptist Church, in Charlotte and will be open to viewing through the month of May.
Stanford is a North Carolina native. He went to high school in Iredell County and spent his childhood in the Greensboro-Raleigh region. He earned his art degree from East Carolina University in Greenville and he has lived and worked in the Charlotte area since 1986.
More of his work can be seen at WalterStanford.com