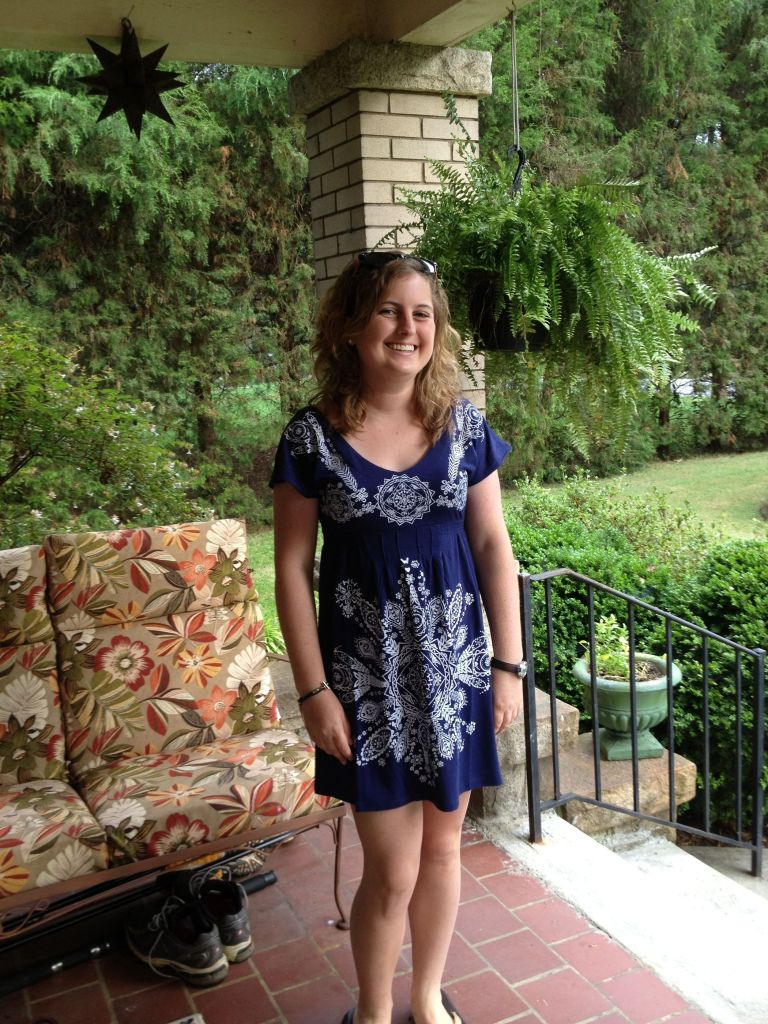 Quinn Scarvey of Salisbury graduated from Lenoir-Rhyne University Friday night, but picking up her diploma didn’t make headlines. What she did for Hickory’s homeless population in her last week of school did.
Scarvey and a fellow elementary education major, Simone Anderson of Boone, asked whether they could donate remaining meals on their college food plans to feed the hungry.
The idea — and enthusiastic cooperation from Aramark, the college’s food service — led to more than 100 people who usually eat at the Hickory Soup Kitchen having an all-you-can-eat, buffet-style meal in Lenoir-Rhyne’s dining hall.
Scarvey and Anderson walked from the soup kitchen to the college with a group of the homeless diners late Wednesday afternoon. Many others from the soup kitchen skipped the walk and went directly to the school’s dining hall.
Scarvey then spent the entire dinner walking from table to table, getting to know everybody.
The girls’ selfless act led to television, newspaper and Associated Press stories. The North Carolina brief in USA Today’s daily roundup Friday was about the girls and what they did with their meal plan.
“I never dreamed it would get this big,” said the 22-year-old Scarvey, a graduate of Salisbury High School and daughter of Katie and Dave Scarvey. “I really don’t want the attention to be on me. … it was a really a cool feeling, but it saddened me to know there’s such a need in Hickory.”
Scarvey said the idea for donating the meals on her food plan came to her last Thursday when she was in the student center. She and Anderson had just gotten a bite to eat at the on-campus Subway.
The bottom of their receipts told them how many meals were left on their plan. Scarvey said she had 129 meals remaining, and Anderson had even more. Whatever wasn’t used by Wednesday would be lost.
“We just had a little conversation about how sad it was they were going to go away,” Scarvey said.
She spied Chad Young, the director of the campus dining service, and asked him if she were to bring 125 people or so to the dining hall on her meal plan, would Aramark feed them.
Young said he absolutely would, though he would have to plan, making sure to have enough food.
Scarvey pressed Young further, asking whether he would be all right with her calling the Hickory Soup Kitchen and bringing the men, women and children who usually eat there onto the campus.
“I was really delighted,” Scarvey said. “He was completely on board for it, which was refreshing … He was just very excited that I had asked him that.”
Scarvey, Anderson and Young settled on the specific day, and the women took their idea to Austin Pearce, director for the soup kitchen. Scarvey had worked at the soup kitchen as part of her community activities with the Circle K International service club.
“He is a master of logistics,” Scarvey said. “He is so good at figuring out the details. Without him, it would not have been a possibility on such short notice.”
Scarvey said it broke her heart to walk around the tables and hear some of the stories. Many of the people live in woods — areas she drove by everyday, she said.
Because they were student teaching, Scarvey and Anderson had a commuter-styled meal plan that was somewhat different than a majority of other students use. They paid for a semester of meals up front, while many other students paid for a plan giving them 21 meals a week, and the meals they didn’t eat would not carry over.
Scarvey said she had so many meals remaining because she would not eat breakfast at school, and she often packed a lunch while she was teaching third-graders in Claremont.
Maybe the best news to come out of Scarvey’s much-publicized story is that Young has said Aramark will keep allowing students to donate their extra meals next year.
“That’s really exciting,” Scarvey says.
Contact Mark Wineka at 704-797-4263.