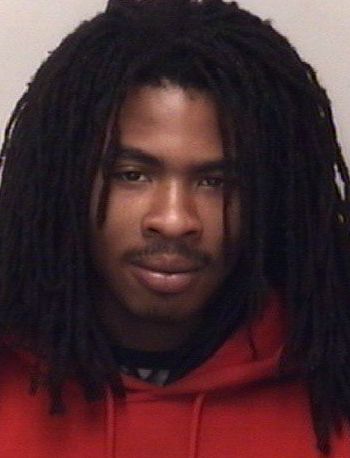 Police charged a Salisbury High School student with felony marijuana possession after they discovered the drugs tied to the inside of his pants by a string.
The school resource officer was called to the third floor of the school after someone reported smelling marijuana in a classroom. The officer walked past a student, who she said smelled of marijuana. She asked to speak with the student, later identified as 16-year-old Elijah Omari Redfern, in the assistant principal’s office. The officer asked the student to empty his pockets, which he did. Redfern kept a hand on his shorts underneath his baggy pants, a report said. The teen lives in the 1000 block of East Lafayette Street.
When another officer searched Redfern, he found a large plastic bag containing seven, one-gram bags of marijuana. Salisbury Police charged Redfern with felony possession with the intent to sell and dliver a schedule VI substance.
In other police news:
• Bank of America reported Wednesday someone broke into a bank-owned home in the 2200 block of Old Mocksville Road and stole copper sometime between May 8 and Wednesday.
• A woman reported Wednesday a larceny occurred in the 300 block of Mahaley Avenue.
• Dewayne Houpe, 38, was charged Wednesday with misdemeanor assault on a female by male over 18 years of age in the 700 block of West Horah Street.
In sheriff’s news:
• A woman reported Tuesday a larceny occurred in the 200 block of Ranchwood Drive.
• A woman reported Tuesday she was bitten by her neighbor’s dog in the 5800 block of Christy Circle, Kannapolis.
• A woman reported Tuesday her purse and its contents were stolen in the 1200 block of Glover Road.
• A man reported Tuesday an assault occurred in the 600 block of Mocksville Avenue.
• Karuth Worth, 22, was cited Tuesday with misdemeanor possession of a controlled substance schedule VI and misdemeanor possession of drug paraphernalia at U.S. 29 South, China Grove.
• Timmesha Robinson, 19, was charged Tuesday with misdemeanor possession of a controlled substance schedule VI in the 2900 block of U.S. 29 North, China Grove.
• Velda Denisee Hogue, 47, was charged Tuesday with misdemeanor unauthorized use of motor vehicle at the Rowan Magistrate’s Office.
• Amber Juanita Johnson, 23, was charged Tuesday with simple assault in the 8300 block of Smith Road, Kannapolis.
Contact reporter Shavonne Potts at 704-797-4253.