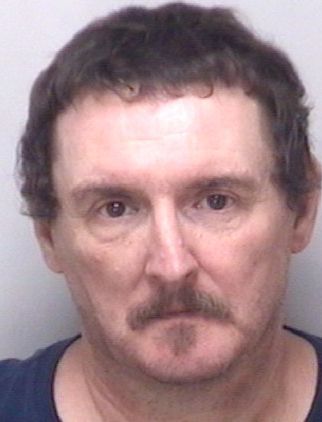 Those who work at a local real estate company are still shaken, but officials there say they are determined to continue with the safety measures in place following the sexual assault of an agent.
Salisbury Police were called to Century 21 and Country office on West Jake Alexander Boulevard on Tuesday after the woman was sexually assaulted by a man she was with while looking at homes.
Authorities charged Brian Harold Cooper, of Granite Quarry, with two counts of attempted first-degree rape, two counts of first-degree sexual assault, one count of first-degree kidnapping and felonious restraint.
The agent had been in contact with Cooper the day before about buying a house. She met him at 10 a.m. at the office. The two drove together to a home in Salisbury.
The victim said once inside the house, Cooper grabbed her around the neck and started choking her. He threatened the victim with a knife and told her if she did not do what he said, he would kill her. Cooper sexually assaulted the agent, according to a police report. He told her to take him to another home he was supposed to see that day.
The victim told Cooper she had to call her office, because they would think something was wrong if she did not. The report said Cooper threatened her again not to tell anyone. The agent called the office and told them she needed information for the house in Granite Quarry that the suspect was also supposed to see. Century 21 has a predetermined code word for agents to indicate they are in distress, and she gave that word.
The report said the victim and suspect then went to the Granite Quarry address and the suspect pulled a knife and started to assault her. Another agent arrived minutes later, not knowing what was going on.
The victim rushed out of the house and called 911 while in her car.
Owner and Broker-In-Charge Dianne Greene said the company has a policies and procedures manual that details what agents should do in any situation, dangerous or otherwise. The policy includes using a safe or code word, which the agent used.
All of the agents know the word, Greene said, and because of that and other safety measures, it probably saved the agent’s life.
The company has in the past undergone self defense and safety classes for agents and Greene said they plan to continue those practices.
“We live in such a small town. I don’t think we felt that as much as some of the agents in larger towns. The safety of my agents is the most important thing. We are family,” Greene said.
She said this incident served as a wake-up call.
A detective told Greene her company had some good policies, but suggested obtaining a copy of a potential client’s driver’s license.
She said her agents already know that if they feel uncomfortable talking with a client they can take another agent with them.
Morgan Harper, an association executive with the Salisbury/Rowan Association of Realtors said they are all shocked and devastated by this incident.
Harper said it’s difficult because agents shouldn’t be afraid to go to work. The association issued a warning on its Facebook page after the incident and has since contacted neighboring associations to make them aware of the incident.
“We want them to be able take precautionary measures to prevent this from happening,” Harper said.
She believes that the association will look at a potential policy change.
“It’s on our radar,” she said.
September is Realty Safety Month, but Harper assured the community, they “won’t wait until then to make changes to the policy.”
She said the association does not dictate or require individual companies to follow specific safety procedures, but they do have guidelines available by the National Assocation of Realtors.
Some of the safety procedures include meeting with a client at the office, having a safe word, letting someone know where the agent is going — all of which was done at Century 21.
“We are devastated for her. We want now to make sure everybody is taking precautions,” Harper said.
Cooper remains in the Rowan County Detention Center under a $1.5 million secured bond. The 49-year-old could face a maximum of life without parole on the sexual assault offenses alone.
He appeared via video Thursday in court for a first appearance. Cooper asked District Court Judge Beth Dixon if he could retain the same attorney who is expected to represent him in June for traffic offenses. Dixon said the attorney could not represent him on felony charges and appointed Salisbury attorney Steve Gray.
Dixon asked if Cooper would be able to make the bond. Cooper said he would not. He is scheduled for a June 2 probable cause hearing.
Contact reporter Shavonne Potts at 704-797-4253.